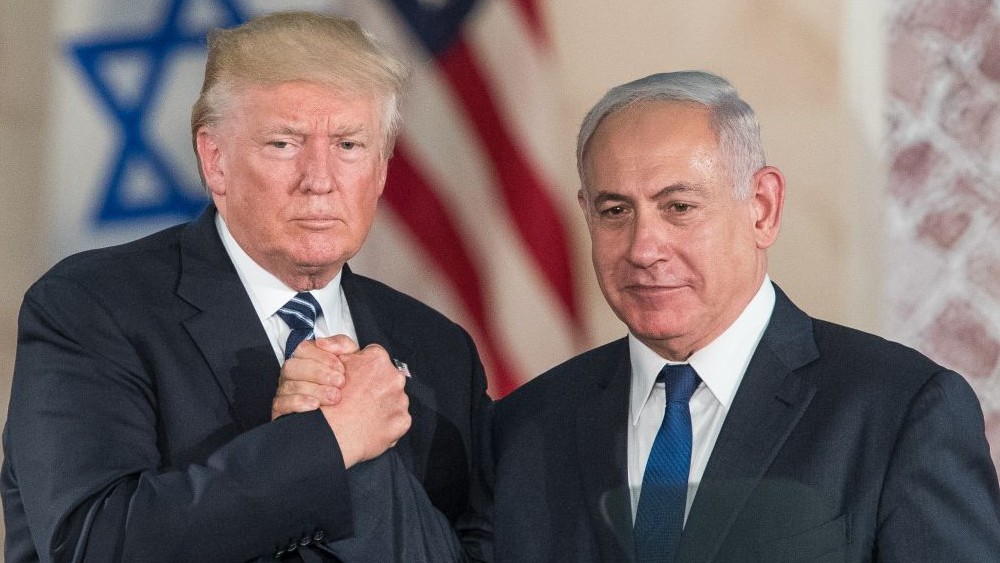 Prime Minister Benjamin Netanyahu lauded US President Donald Trump as a “great friend” at Sunday’s cabinet meeting and said Washington’s decision to move its embassy to Jerusalem will have significant, long-term ramifications.

“This is a great moment for the citizens of Israel and this is a historic moment for the State of Israel,” Netanyahu said of Trump’s unexpected decision on Friday to move the embassy to Jerusalem in stages, beginning in May to coincide with Israel’s 70th anniversary.

“On behalf of the entire government and people, I would like to thank President Trump for both his leadership and his friendship,” Netanyahu said.

“President Trump, you are a great friend of the State of Israel and we all thank you.”

Netanyahu is scheduled to meet Trump next Monday in the White House for their fifth meeting since Trump took office in January 2017, and is expected to invite him to take part in the ceremony opening the embassy in May.

In the first stages, the embassy – which will be housed in the American consulate building in the capital’s Arnona neighborhood and will continue to carry out consular functions – will hold only the offices of US Ambassador David Friedman and a small staff. By the end of next year, the intention is to open an embassy annex on the Arnona compound that will provide Friedman and his staff with expanded interim office space.

And in parallel, a search has begun for a site to house a permanent embassy in the city, whose planning and construction is expected to take a number of years.

Deputy Foreign Minister Tzipi Hotovely, during a speech to the Conference of Presidents of Major Jewish Organizations last week before Washington’s announcement, said Israel was currently in discussion with 10 other countries about moving their embassies. She did not name them.

So far only Guatemala has formally said that it would follow the American move.

The UN General Assembly resolution in December that condemned the US for its step to recognize Jerusalem specifically called upon “all states to refrain from the establishment of diplomatic missions in the holy city of Jerusalem.”

The Christian Embassy in Jerusalem, which is currently lobbying a number of leaders around the world to get their countries to follow the American lead, launched a campaign on Sunday to challenge what it said was the “double standards” of eight countries who voted for that resolution but who themselves have consulates in Jerusalem that serve as diplomatic missions to the Palestinian Authority. Those countries are Belgium, France, Greece, Italy, Spain, Sweden, Turkey and the United Kingdom.

“Since the international community has been silent about this standing breach of the so-called even-handed approach, they have no room to complain now when other nations join the US in placing their embassies to Israel in Jerusalem,” said the embassy’s vice president David Parsons.