Netanyahu to Russian official: Israel will do anything it takes to prevent Iran from obtaining nuclear weapons 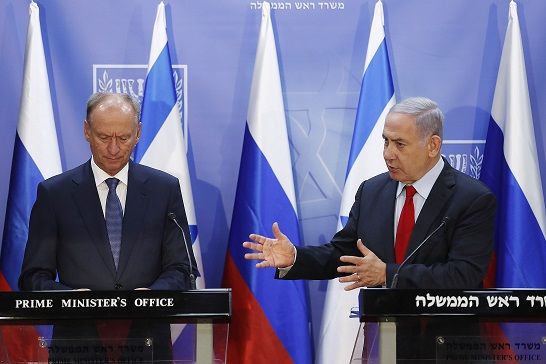 Patrushev met Netanyahu in Jerusalem on Monday as part of the security summit between US, Russia and Israel.

“I’m certain that Russia understands what it means for us when a regime calls for our annihilation, and acts on a daily basis to achieve that aim,” Netanyahu said in a meeting at his Jerusalem office Patrushev.

“Israel won’t allow an Iran that calls for our annihilation to entrench itself on our border, and we will do anything it takes to prevent it from obtaining nuclear weapons,” Netanyahu added.

Patrushev on his part said that Russia is paying “special attention to ensuring Israel’s security.”

Israel’s security, Patrushev said, is “a special interest of ours because here in Israel live a little less than about two million of our countrymen. Israel supports us in several channels, including at the UN. The prime minister (Netanyahu) has already said that we share the same views on the issue of the struggle against falsifying the history of World War II.”