Netanyahu to meet with Pompeo in London to discuss Iran: report 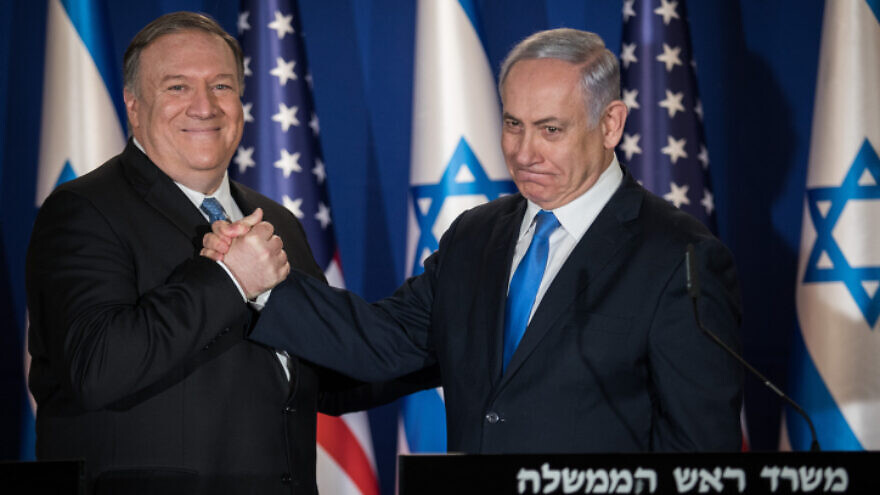 (December 2, 2019 / JNS) Israeli Prime Minister Benjamin Netanyahu is scheduled to meet with U.S. Secretary of State Mike Pompeo in London on Tuesday, on the sidelines of the 70th anniversary celebration of the North Atlantic Treaty Organization (NATO) summit.

Netanyahu is also expected to meet with German Chancellor Angela Merkel and French President Emmanuel Macron during his two-day visit, according to officials quoted by Channel 13.

The visit is highly unusual, according to the Channel 13 report, as Netanyahu is currently serving as interim prime minister and Israel could be going to its third elections of 2019 in less than a week after the scheduled trip.

On Sunday, U.S. President Donald Trump and Netanyahu “discussed the threat from Iran, as well as other critical bilateral and regional issues” in a phone call, according to a White House statement.