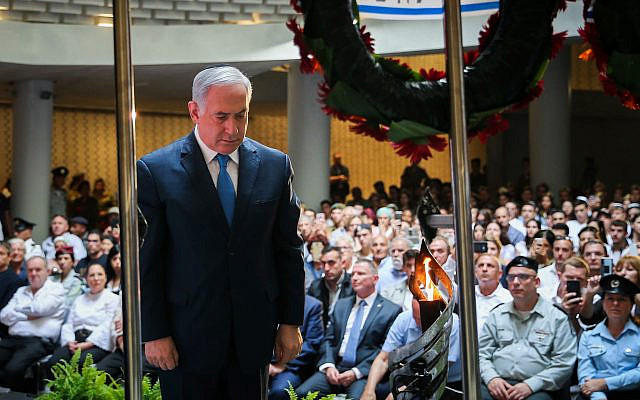 Prime minister warns against ‘ethnic cleansing’ of minority in northern Syria, does not mention decision by US president that paved way for offensive.

Prime Minister Benjamin Netanyahu on Thursday denounced Turkey’s invasion of Kurdish-controlled areas of northeastern Syria and said Israel was prepared to offer humanitarian aid to the Kurds in Syria facing an onslaught from Ankara.

The comments were the first from Netanyahu on the situation in Syria after remaining silent for several days following US President Donald Trump’s decision to withdraw American troops from the country and allow the Turkish offensive to move ahead. Several other Israeli officials have denounced the Turkish operation and urged support for the Kurds.

“Israel strongly condemns the Turkish invasion of the Kurdish areas in Syria and warns against the ethnic cleansing of the Kurds by Turkey and its proxies,” Netanyahu said in a statement released by his office. “Israel is prepared to extend humanitarian assistance to the gallant Kurdish people.”

Netanyahu did not mention the US decision to withdraw troops and essentially give Ankara the green light for the offensive.

On Wednesday, Turkey launched a broad assault on Kurdish-controlled areas in northeastern Syria, with intensive bombardment paving the way for a ground offensive made possible by the withdrawal of US troops.

Turkish President Recep Tayyip Erdogan announced the start of the attack on Twitter and soon after jets and artillery targeted Kurdish positions along the full width of the border, sending thousands of civilians fleeing their homes.

In 2014, Netanyahu expressed support for an independent Kurdistan. He praised the Kurds’ “political commitment and political moderation,” and said they were “worthy of their own political independence.” But he has avoided criticizing Washington’s decision to pull its troops from northern Syria, which some analysts warn will create a vacuum to be filled by powers that don’t share Israel’s interests.

In what appeared to be a reference to that concern, Netanyahu declared earlier on Thursday that Israel will continue to defend itself on its own against regional threats.

“As in 1973, today we also greatly appreciate the important support of the US… At the same time, we always remember and implement the basic rule that guides us: Israel will protect itself, on its own, against any threat,” the prime minister said during a memorial ceremony at Jerusalem’s Mount Herzl national cemetery for those killed in the Yom Kippur War.

Netanyahu accused Iran of “striving to tighten its grip” on countries throughout the region, referencing the downing of a US drone and the targeting of Saudi Arabian oil refineries.

“Iran threatens to wipe us off the map… Time and again, [the regime] tries to attack us, so we must stand ready to protect ourselves from the danger,” the premier added.

Prominent lawmakers across the political spectrum in Israel have issued statements of support for the Kurdish people as Turkey began its invasion of Syria and in the US Trump has faced rare internal pressure from Republicans over the decision to not stand by the Kurds.

On Wednesday night, New Right MK Ayelet Shaked reissued a call for Kurdish statehood, urging the West to support the Kurds as Turkey launched a military campaign in northern Syria.

Most lawmakers have avoided criticizing Trump directly, but Meretz chairman Nitzan Horwitz mentioned the US president by name.