Netanyahu Says Israel Has No Better Friends Than US Christian Zionists 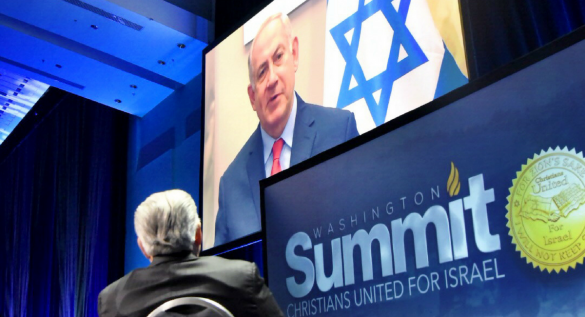 Netanyahu addressed the 2017 CUFI summit in Washington, D.C., in a live stream as he was on a diplomatic visit to Budapest, Hungary. He praised Christian evangelicals for their ardent support of Israel. Though Netanyahu has addressed the summit in years past, this year’s summit marked the 50th year since the reunification of Jerusalem, which Zionists mark as the year of Jubilee — a divinely appointed time of celebration and rest.

“And you, the supporters of Israel, the many thousands who are in that hall, and the millions, the many millions in the United States and elsewhere, Christian friends of Israel, you are always there for us,” Netanyahu said. “We have no better friends on earth than you.”