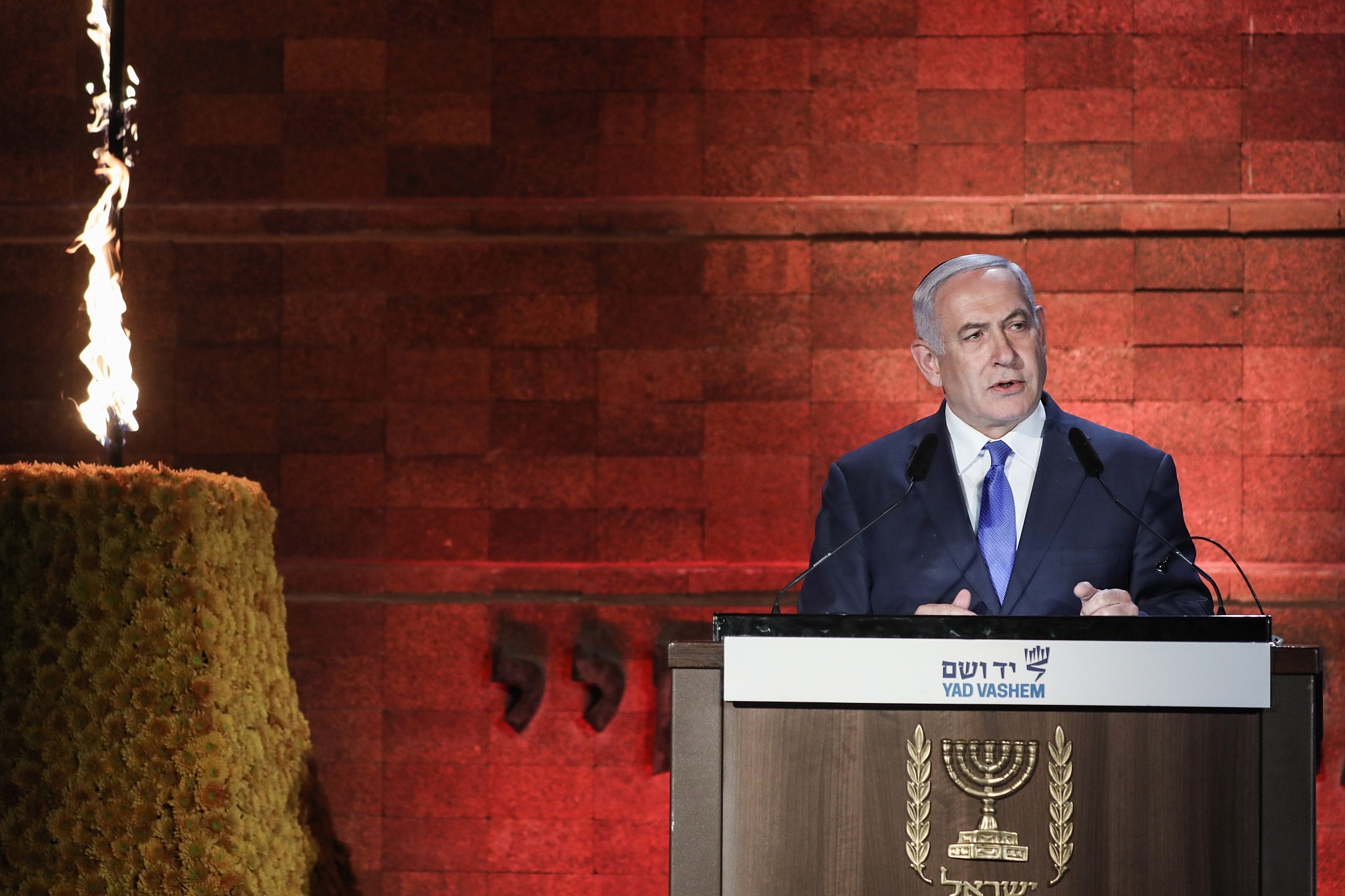 Israel’s mission is to ensure the Jewish people will never be defenseless against those who seek to destroy it, Prime Minister Benjamin Netanyahu said in honor of International Holocaust Remembrance Day.

“We remember this darkest chapter in human history, when a European country decided to adopt a policy and a program to exterminate every last Jew, mobilizing the full power of a modern developed industrial state to implement this incredible nightmare,” Netanyahu said.

The world has not learned the lessons of the Holocaust and eradicate antisemitism, the prime minister lamented.

“The disease of antisemitism continues to contaminate and spread,” Netanyahu added. “A vaccine to safeguard against the antisemitism virus has yet to be found.”

Antisemitism is Iran’s “official policy,” Netanyahu said, and that regime “unabashedly and proudly says day in and day out: Our goal is to murder another six million Jews, to eradicate the Jewish State of Israel.”

Other examples Netanyahu mentioned of places in which antisemitism may be found were “North American university campuses, in South Asian madrassas [and] among European elites.”

Though antisemitism remains rampant, Netanyahu pointed out that an important change has taken place since the Holocaust.

“If at the time of the Holocaust, the Jews were homeless, stateless, defenseless, begging others to protect us – no longer. Today we are firmly rooted in our ancient land, free and strong in our independent state,” he said.

Israel is “the country that provided a homeland for the survivors; a state that rose from the ashes; a state in which the Jewish people regained their sovereignty and independence.”