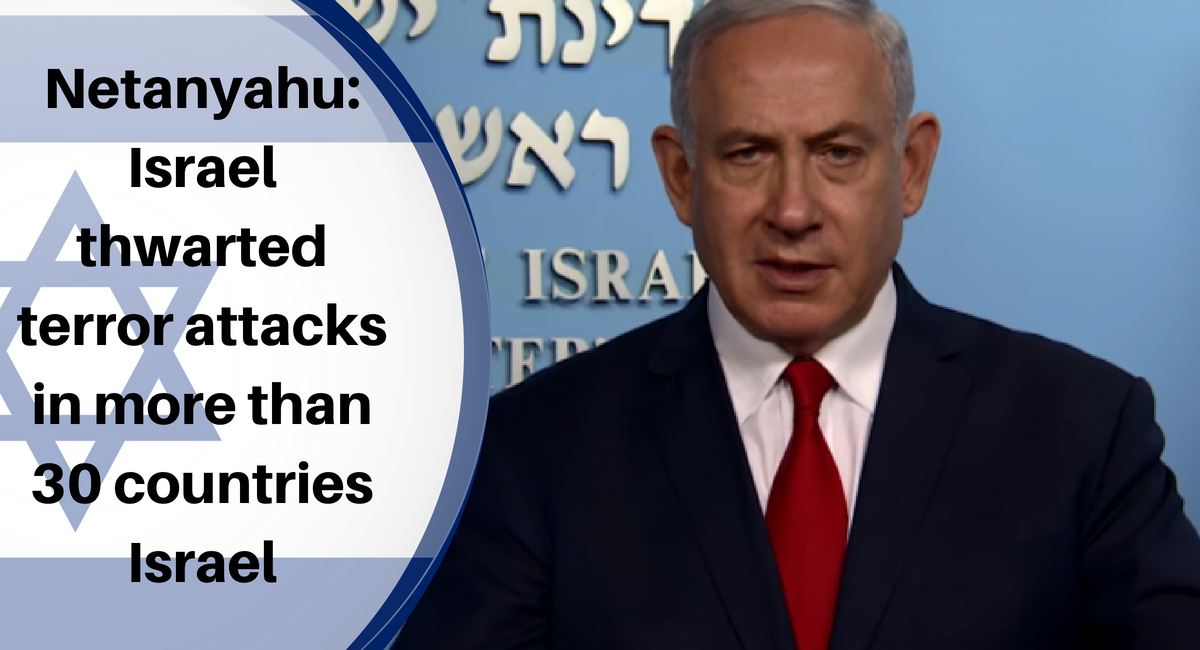 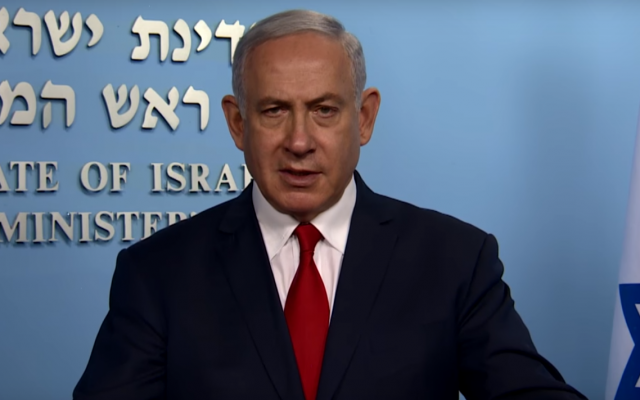 Prime Minister Benjamin Netanyahu said Thursday that Israel has thwarted terror attacks in more than 30 countries, appearing to confirm a minister’s claim on the extent of Israel’s intelligence sharing efforts.

“Israel’s security services and our remarkable intelligence services have prevented terrorist attacks in over 30 countries, major terrorist attacks — the downing of aircraft,” he said during a meeting in his office with the Panamanian president, referring to remarks in January that Israel has prevented hijacked airplanes from crashing into European cities.

“But today we have prevented such catastrophes by sharing our intelligence with other countries, as we share with our friends in Panama,” added Netanyahu.

Netanyahu did not provide specific details about the attacks Israel helped prevent, nor the countries that were targeted, and his office did not respond to a request for clarification.

The figure he provided echoed that given by Economy Minister Eli Cohen, who in February said Israel helped prevent attacks in more than 30 countries during 2017. Cohen’s assertion came shortly after Israel revealed that the Military Intelligence Unit 8200 had foiled an Islamic State attempt to bomb a flight from Australia last August.

Cohen was rebuked at the time for his claim by Environmental Protection Minister Ze’ev Elkin, a member of the high-level security cabinet, who questioned Cohen’s credibility on security matters.

“He’s not a member of the security cabinet so he isn’t privy to all the information given by security and intelligence officials,” Elkin said of Cohen in an interview with Army Radio. “I’m not sure where he got those figures from.”

In his meeting Thursday with Panama’s Juan Carlos Varela, in which they inked a bilateral free trade deal, Netanyahu stressed the “common battle to fight terrorism,” while blasting Iran as the “preeminent terrorist state.”

“Iran was responsible for the horrible terrorist attacks in Argentina, and I think beyond that,” referring to the deadly bombings in the early 1990s of Israel’s embassy in Buenos Aires and the Argentine Israelite Mutual Association building. Israel has blamed the attacks on Hezbollah, the Lebanese terror group backed by Iran, as well as senior Iranian officials.