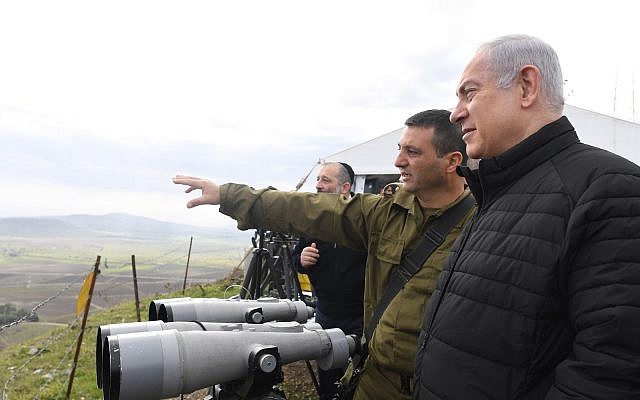 Prime Minister Benjamin Netanyahu appeared to confirm on Thursday that Israel was behind a reported missile attack earlier in the day in the Quneitra region in Syria.

“We’re defending ourselves at all times,” Netanyahu said at a national memorial ceremony for Ze’ev Jabotinsky, a Zionist thinker who is the intellectual forebear to Netanyahu’s present-day Likud party.

The prime minister recalled the attack by a Palestinian gunman at the Gaza border earlier in the day that left three soldiers wounded, and added, “We’re also fighting on other fronts. On the northern front, we’re acting against Iran and Hezbollah, and you’re hearing about that now as well.”

There was no comment from the Israel Defense Forces on the purported raid on the Syrian Golan Heights, which was reported by the SANA Syrian state news agency.

The Al Arabiya network said the alleged Israeli missile strike in Syria followed movement by members of the Hezbollah terror group in the area.