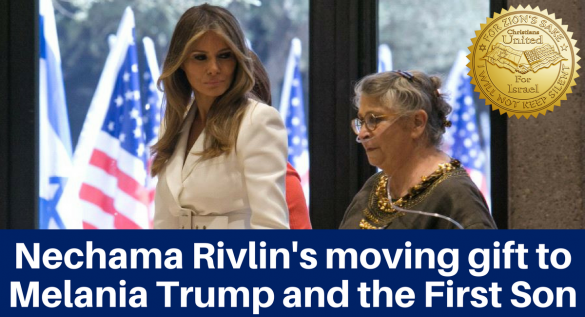 US First Lady Melania Trump was the recipient of one very moving gift dedicated to her 11-year-old son Barron by none other than Israel’s First Lady, Nechama Rivlin (wife of President Reuven Rivlin) during the former’s stay in Israel.

Melania accompanied her husband, US President Donald Trump, on his maiden tour abroad as sitting president. Israel was the second stop on the president’s journey, and the pair paid  visits to sites such as the Western Wall, Holocaust museum Yad Vashem and the Church of the Holy Sepluchre in the Old City of Jerusalem.

Trump and his wife also spent an afternoon visit at the President’s Residence in the capital on Monday, where Nechama surprised Melania with the touching present: a book about a mother-son relationship meant for the First Lady to enjoy alongside her son, Trump’s fifth and youngest child.

The book, titled “Hug,” and given to Melania in copies in three languages (English, Hebrew and Arabic) was written by world-renowned Israeli author David Grossman. Grossman, a Man Booker Prize nominee, is mostly known for his adult literature, and has penned significant oeuvres that were translated into 30 languages such as “Some to Run With,” “Be My Knife,” and “To the End of the Land.” 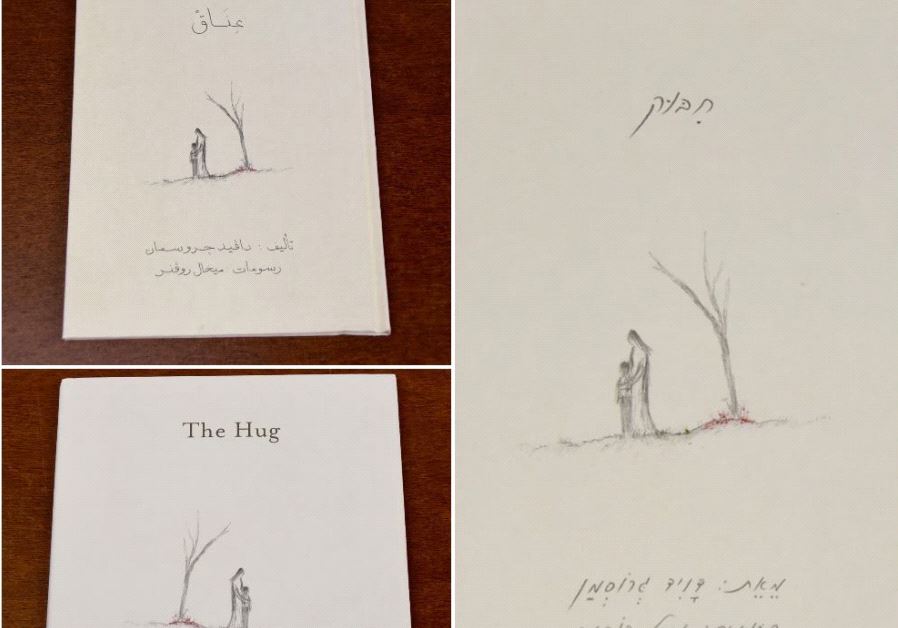 “Hug” tells the story of a mother and a son who go on a walk. The child, named Ben, expresses his concern that he is alone in the world because he is “special.” His mother reassures him that despite his being one of a kind, he will never be truly alone.

Nechama Rivlin appears to have picked the present carefully, as its plot seems to be a nod at the struggles Trump’s only child may possibly be facing as his family is at the center of public attention, making the First Son a very special boy indeed.