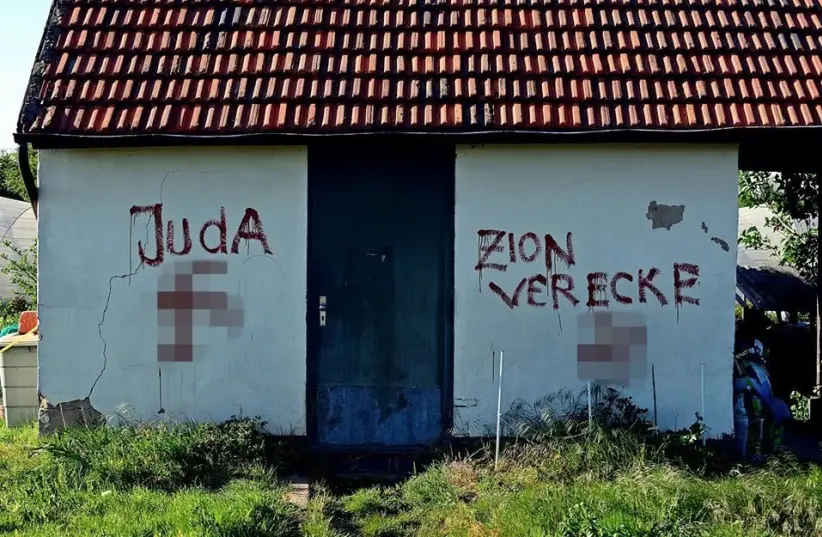 On one building, which appeared to be a small rural outhouse, the words “Jew,” “Zion” and “Death” were spray painted in red, along with two swastikas. On another, a breeze block shed or barn, the inscription “Merkel is a Jew,” referring to Germany’s Chancellor Angela Merkel was sprayed again in red paint, along with “Asylum seekers to be killed with Zyklon B.” (the gas used to kill Jews in the Holocaust). Again, three swastikas were found alongside the text.

“In the past year we have witnessed the rise of neo-Nazism in Germany in particular and in Europe in general,” Yaacov Hagoel, Deputy Chairman of the World Zionist Organization said.

“While many work around the world to eradicate antisemitism, unfortunately there are governments that do not invest enough in the issue. Antisemitism must stop here and now. I urge the European countries’ ambassadors to call on their government to intervene in the matter and to make the efforts to ensure that what we have witnessed in Heidelberg does not happen again.”