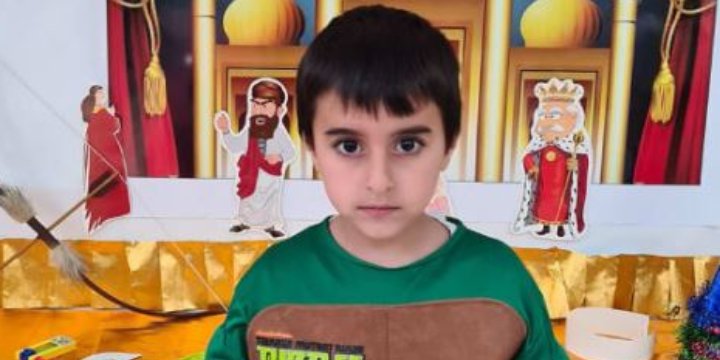 The mother of a six-year-old boy from the southern Israeli town of Sderot who was killed in a rocket attack last week expressed her grief on Wednesday to a representative of the World Health Organization, saying her son “absorbed the wound for all of us.”

Ido Avigal was killed on May 12 when a nearby house suffered a direct hit from a rocket fired by Gaza terrorists. A piece of shrapnel pierced a window in the protected room where his family was sheltering, injuring several members of the family and mortally wounding Ido.

Israeli news site Walla reported that Shani Avigal told the WHO representative that her son was “a very happy boy.”

“We were supposed to run to the shelter every time, every five minutes, every three minutes,” she recounted. “I promised him every time we went to the protected room that we were in a safe place, and now I feel like I lied to him, that I didn’t protect him.”

“My son absorbed the wound for all of us,” she said. “We were together in this room — me, my sister, my sister-in-law, my nephew — everyone was in this room. My nephew is having surgery. For me it is a miracle that I am alive.”