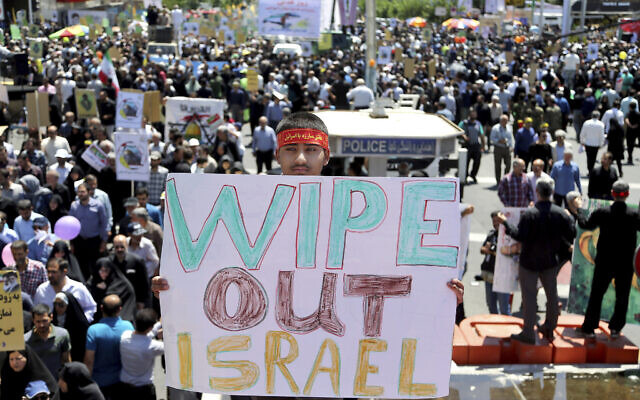 The Mossad spy agency recently foiled planned or attempted Iranian attacks on Israeli diplomatic missions in Europe and elsewhere, according to a report Monday.

The report by Channel 12 said the names of the countries where attacks were prevented remain under censorship, but cooperation with them helped to thwart the attacks.

“Frustration is growing fast in Iran,” the report said.

No other details were available, and no sources were named.

In 2012, Iran and its Lebanese proxy, the terror group Hezbollah, seemingly attempted to carry out a number of attacks against Israeli diplomatic missions in India, Georgia, Thailand, and elsewhere.

A report by Channel 13 on Sunday claimed the attack only set back the work by a single year.

A Middle Eastern intelligence official was quoted Sunday by The New York Times as saying the fire that damaged a building used for producing centrifuges at Natanz was sparked by Israel.

The unidentified official said the blast Thursday at the nuclear complex was caused by a powerful bomb.

A member of Iran’s Islamic Revolutionary Guard Corps also told the American newspaper that an explosive was used, but did not specify who was responsible.