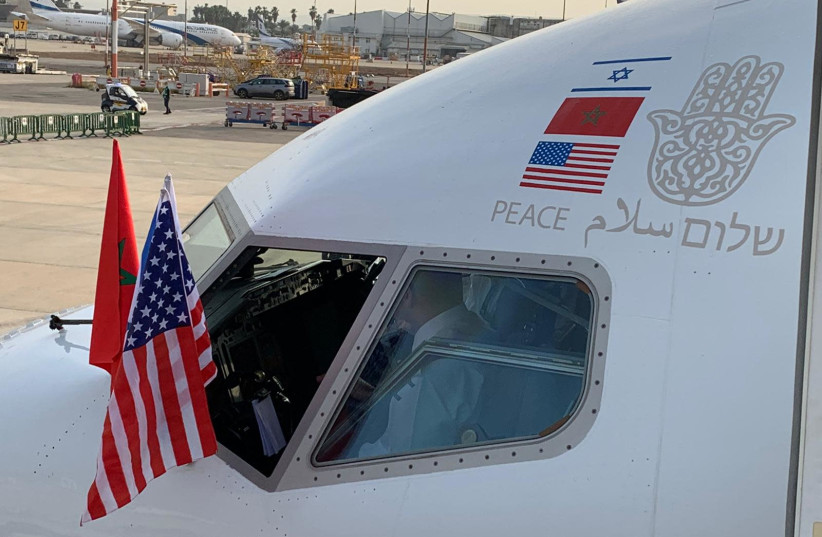 A Moroccan diplomatic delegation was in Israel on Monday for the first time since normalization between the countries was announced earlier this month.

The delegation, which landed in Israel on Sunday night, plans to work towards reopening the Moroccan liaison office in Tel Aviv, which it has held onto for the past 20 years since Rabat cut official ties. Israel has also retained its closed office in Morocco.

During last week’s visit to Rabat by the Israeli-US delegation led by National Security Advisor Meir Ben-Shabbat and White House Special Adviser Jared Kushner, the countries committed to reopening the offices within two weeks, which would mean next week.

Morocco is also expected to prepare for a high-level delegation to come to Israel at a later, yet to be determined date.

The Moroccan diplomats have meetings scheduled at the Israeli Foreign Ministry, but they do not have any public events or statements on their agenda.