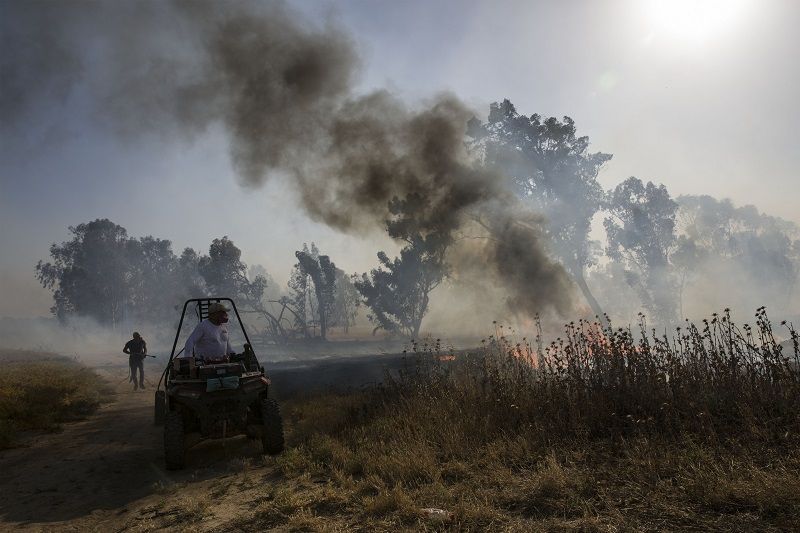 Israel’s Gaza border region saw continued fires on Monday, most of them suspected to have started following launches of incendiary balloons.

Just a day away from the US-led Bahrain economic summit, the Palestinian Authority’s ruling party Fatah made calls for mass demonstration to protest the event which which will focus on economic incentives for the Palestinians as a first phase to a Mideast peace plan.

The PA’s official daily Al-Hayat Al-Jadida quoted the secretary of Fatah’s Revolutionary Council as calling on “Fatah members and the central forces within Palestinian lands” to express their rejection of the Bahrain Conference by participating in protests on Sunday, Monday, and Tuesday, according to a translation by Palestinian Media Watch.

The Palestinian Authority has been boycotting US officials and refuses to participate in any talks led by the US since the Trump administration’s unilateral recognition of Jerusalem as the capital of Israel, deeming it biased towards Israel, as the Palestinians view east Jerusalem as essential to any future state.

Unrest is expected to continue throughout the week seeing an uptick in incendiary balloons sent from Gaza.