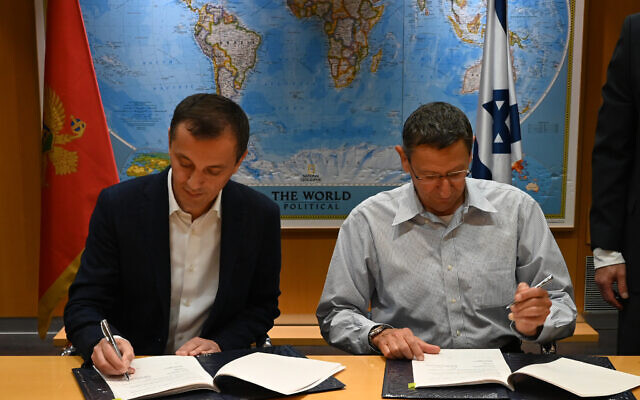 Elbit Systems Ltd., Israel’s largest non-government-owned defense company, will provide Montenegro with a weapons system in a deal worth $35 million that was signed by the two countries on Sunday.

According to the agreement, Elbit Systems will supply Remote Control Weapon Stations (RCWS), which will be integrated into US-manufactured joint light tactical vehicles.

The agreement includes the system and spare parts, as well as training and guidance for the Montenegrin military and defense ministry.

According to a statement released by Israel’s Defense Ministry, Montenegro will procure the Elbit 12.7mm RCWS, which is a lightweight, low-silhouette, dual-axis and stabilized mechanism that can be mounted externally on armored vehicles. The weapon can be fired while in transit and from within the vehicle.

SIBAT director Brig. Gen. (Ret.) Yair Kulas welcomed the deal and said it was a sign that Israeli technology can help the country’s allies.

“This agreement reflects the value of Israeli defense innovation in addressing issues that our strategic partners and allies may face,” Kulas said.

“It also reflects the excellent and ever-expanding relations that the Ministry of Defense and the State of Israel have with our Montenegrin partners on all levels. We look forward to furthering the cooperation and exchange of know-how with our fellow Mediterranean state,” he said.

Elbit is a tech firm that develops a wide range of defense, homeland security and commercial systems that are sold globally.

The firm, whose shares are listed in Tel Aviv and on Nasdaq, operates in the fields of aerospace, land and naval systems, command, control, communications, computers, intelligence surveillance and reconnaissance systems, among others.