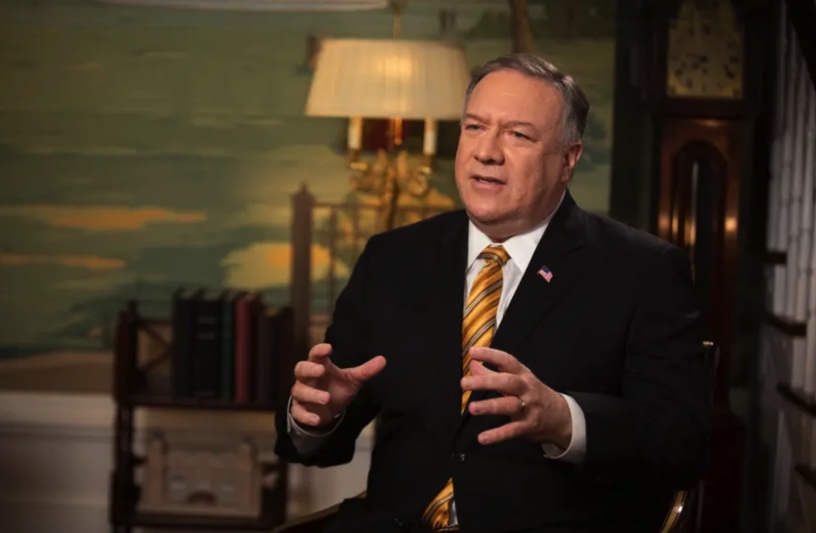 Former US Secretary of State Mike Pompeo delivered recorded remarks at the Jerusalem Prayer Breakfast on Tuesday in Tallinn, Estonia calling for prayer for peace in Jerusalem and in Eastern Europe where winds of war between Russia and Ukraine have captivated the region.

“I wish I could be there in-person with you, in Estonia, to pray with you especially in light of the dangers facing Eastern Europe,” the former secretary said, calling the Jerusalem Prayer Breakfast a “noble occasion.”

“The situation in Ukraine is most surely on everyone’s mind,” he continued. “I hope you will join me in praying for our world leaders to have wisdom, patience, and strength, as this challenge to peace unfolds.”

Pompeo quoted Psalm 125: 1: “Those who trust in the Lord are like Mount Zion, which cannot be shaken but endures forever. As the mountains surround Jerusalem, so the Lord surrounds his people both now and forevermore.”

He said that, “We must pray, friends, for the faith and resolve that the Lord blesses his faithful with the strength to stand against those who would disrupt peace to further their own ambitions, and for the resolve to be unwavering in face of these threats.”

Pompeo also called on Christians to pray for Israel and the prosperity of the Jewish people.