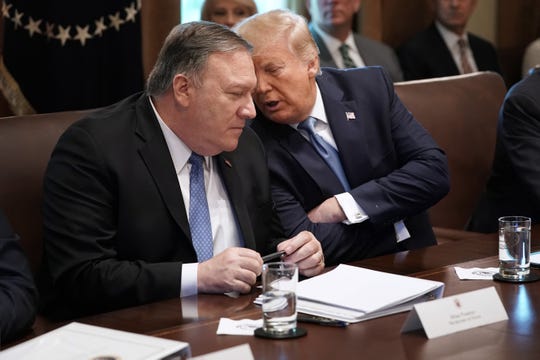 The Trump administration has implemented an unprecedented pressure campaign on Iran’s leaders with two objectives: First, to deprive the Iranian regime of the money it needs to support its destabilizing activities. Second, to force the Ayatollah Ali Khamenei to the negotiating table to conclude a comprehensive and enduring deal.

The comprehensive deal we seek with the Iranian regime should address four key areas: its nuclear program, its ballistic missile development and proliferation, its support for terrorist groups and proxies, and its treatment and illegal detention of U.S. citizens.

Before we reimposed sanctions and accelerated our pressure campaign, Iran was increasing its malign activity, even under the Joint Comprehensive Plan of Action. These actions included expansive missile testing and proliferation, continuing to unjustly detain American citizens, and deepening its involvement in regional conflicts.

In Yemen, Iran has provided funding, weapons and training to the Houthis, only prolonging the conflict and suffering of the Yemeni people. In Syria, Iran supports a regime that has killed hundreds of thousands, has displaced millions of its own citizens, and continues to spread violence throughout the country. In Lebanon, Iran uses Hezbollah to provoke conflict with Lebanon’s neighbors, imperil the Lebanese people and generate instability.