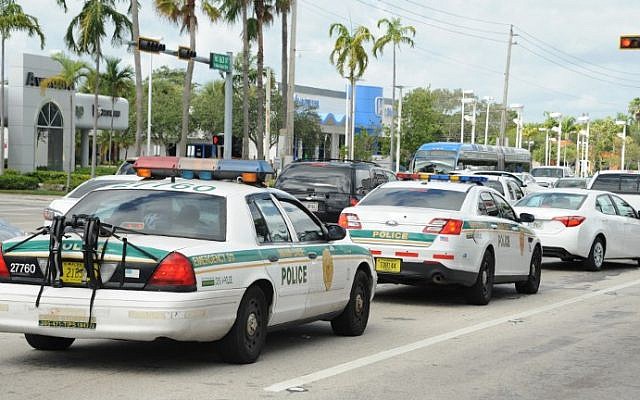 JTA — A Miami man was arrested for making threatening phone calls to a local bagel shop.

The man called the Bagel Time Café several times on May 6, and in his last call threatened to “get rid of” Jews, Miami’s Local10 reported.

The man first told the owners over the telephone that he would “expose you all” after asking if they were Jewish. In another call he said that Jews were taking over the world, saying, “We’re going to make sure you can’t overpopulate like you are now and we’re going to get rid of you.” He added: “I’m here. That’s my mission,” according to the report.

He reportedly told officers of the Miami Beach Police Department’s Intelligence Unit that he sought out Jewish businesses by searching the internet for key words such as “Jews” and “kosher.” Rucinque works as an Uber driver.

Yehoshua Nodel, who owns the café with his wife, said they called in the police because they felt threatened, especially in light of the attack a week earlier on a synagogue in Poway, California.