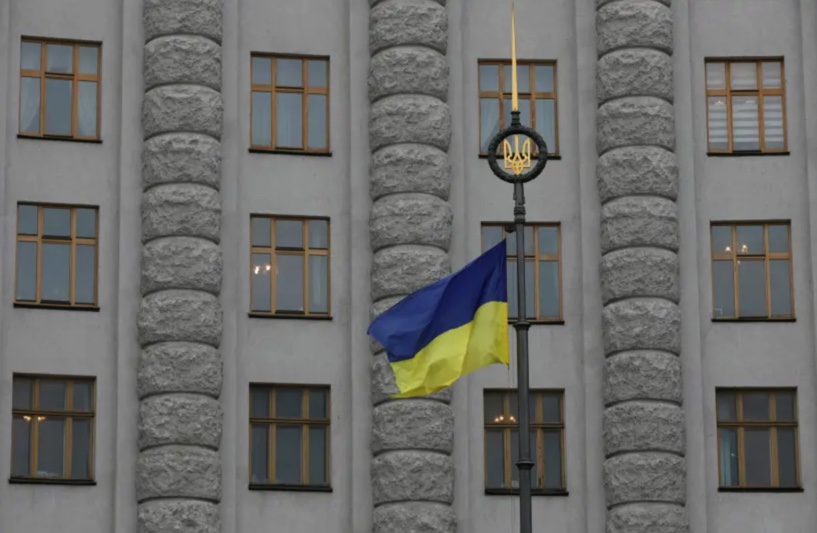 Menorah in Ukraine desecrated on first night of Hanukkah

A Hanukkah menorah illuminated on the main square of the Ukrainian city of Dnipro was knocked down in an apparent antisemitic attack on Monday morning, just after the first candle-lighting commemorated the initial night of the Hanukkah holiday, international media reported.
The incident, captured by local security cameras, showed five young individuals approaching the menorah before knocking it off its hinges.
“This is not an ordinary case for Dnipro, it just reminds us that we are still in exile,” Rabbi Shmuel Kamenetsky, the chief rabbi of Dnipro, told Ynet.
Dnipro, a central Ukrainian city of nearly 1 million residents, is home to a large and bustling Jewish community. “It is important to mention that the city has dozens of menorahs… and this is the only case that happened,” Kamenetsky said in support of local law enforcement, who are investigating the case. “The city has a large concentration of Jews, thus quite Jewish in nature,” Rabbi Kamenetsky added.
“I hope they get caught, that we know who did this,” Kamenetsky declared.
Ukraine’s parliament passed a law defining the concept of antisemitism earlier this year. The new definition, which defines antisemitism simply as hatred of Jews and bans it, further established punishment for transgressions.
Read More: The Jerusalem Post