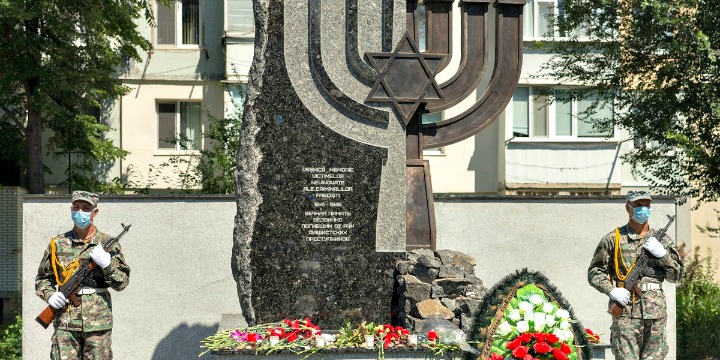 A new Holocaust memorial was unveiled in the ex-Soviet republic of Moldova this week on the site of a former Jewish ghetto.

The memorial in the city of Cahul — in the south of the landlocked nation that is sandwiched between Romania and Ukraine — was the site of mass executions of Jews during the Nazi Holocaust. The massacres in the ghetto were carried out on the orders of the wartime Romanian dictator, Ion Antonescu.

Local Jewish leaders said that the monument was “a symbol of perseverance and the preservation of Holocaust memory in honor of these victims.”

Speaking at the inauguration of the memorial on Tuesday, Alexander Bilinkis — president of the Jewish Community of the Republic of Moldova — said that it was “not enough to talk and write about the Holocaust.”

“Our words must be followed by actions, and our actions must commemorate those who paid with their lives for the tough lesson taught by the Holocaust,” he said.