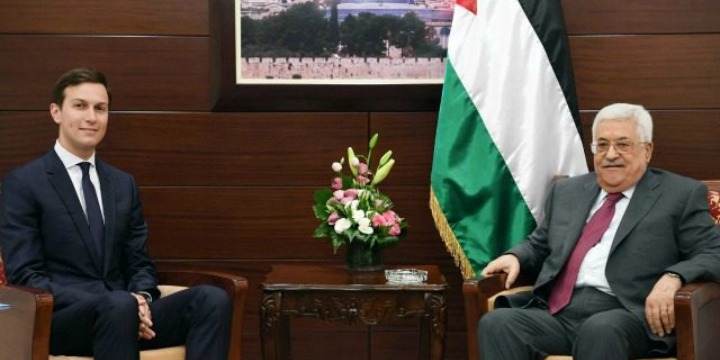 Al-Quds, a Jerusalem-based newspaper that is close to the PA, reported that Kushner had raised the issue of the so-called “martyr payments” made to convicted terrorists and their families — a policy dubbed “pay to slay” that costs the PA more than $300 million annually. The Taylor Force Act, which is likely to be voted on during the upcoming session of the US Congress, would make American aid to the PA contingent on a wholesale abandonment of the “martyr payments.”

Gal Berger, a leading Israeli journalist who covers Palestinian affairs, was quoted in the Al-Quds piece as saying that “Abbas informed Kushner that he would never stop paying these salaries until his dying day, even if this cost him the presidency.”

Added Berger — in a translation of the Al Quds article made available by the Middle East Media Research Institute (MEMRI) — “Abbas’s statements reflect a measure of the Palestinian anger over the focus of the US delegation on this topic and its disregard of core issues such as the two-state solution and the halting of the settlements.”