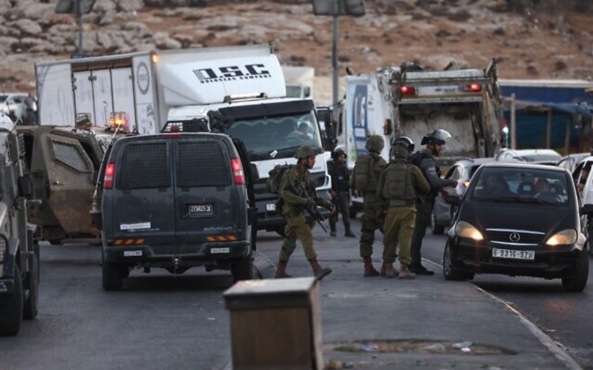 A manhunt for the suspected gunman who shot and killed a Border Police officer at an East Jerusalem checkpoint on Saturday was still underway Monday morning as the shooter continued to evade capture by Israeli security forces who were searching for him in and around the Shuafat refugee camp.

Sgt. Noa Lazar, 18, a member of the Military Police’s Erez battalion, was shot late Saturday along with a civilian guard when the gunman opened fire at a checkpoint near the Shuafat refugee camp in East Jerusalem. The guard was hospitalized in serious condition. Lazar was rushed to the hospital but died of her wounds shortly after.

In a separate incident early Monday, the Israel Defense Forces said Palestinian gunmen in a car targeted the West Bank settlement of Shavei Shomron, without causing any injuries. The military said troops opened fire at the gunmen’s vehicle, hitting it as they fled the area.