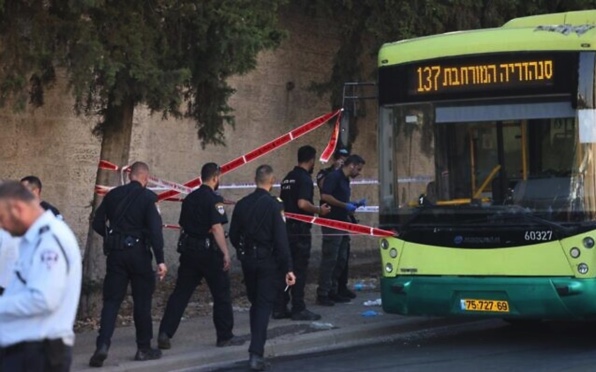 An Israeli man was moderately hurt in a suspected terror stabbing attack on a bus near Jerusalem’s northeastern Ramot neighborhood on Tuesday, police and medics said.

The 41-year-old man was stabbed in the head by a Palestinian man, also in his 40s, while traveling on bus line 137, near the Ramot Junction, officials said.

He was taken to the Shaare Zedek Medical Center, which said his condition was not life-threatening.

According to police, the assailant attacked the man on the bus with a screwdriver during the ride, as the bus left Ramot. The driver then halted and the passengers fled the bus, police said.

The alleged assailant was shot and wounded by a passerby, Meshi Ben Ami, a Ynet news site photographer, who noticed the incident shortly before officers arrived at the scene.