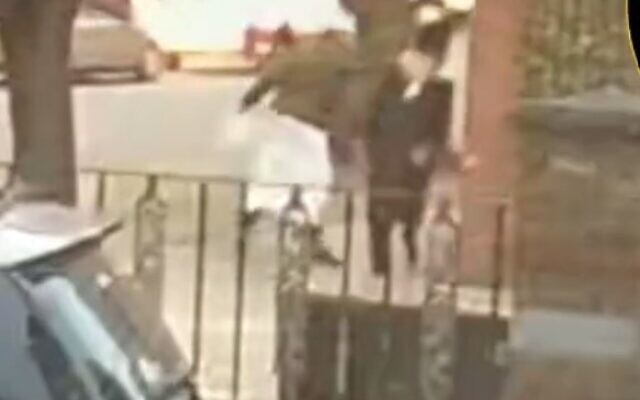 London’s Metropolitan Police on Thursday arrested a man suspected of carrying out five “unprovoked assaults on Jewish people” over the past month in the heavily Jewish neighborhood of Stamford Hill.

The 28-year-old man was being held in custody on suspicion of “racially aggravated assaults,” the force said in a statement.

Police had been searching for the suspect since he was filmed two weeks agoassaulting a Jewish man and a child on the street in separate incidents on the same day.

In those attacks, police said the suspect struck a 64-year-old victim in the face, causing him to fall to the ground and suffer facial injuries and a broken foot, and, separately, punched a 14-year-old boy in the face, without causing lasting injuries.