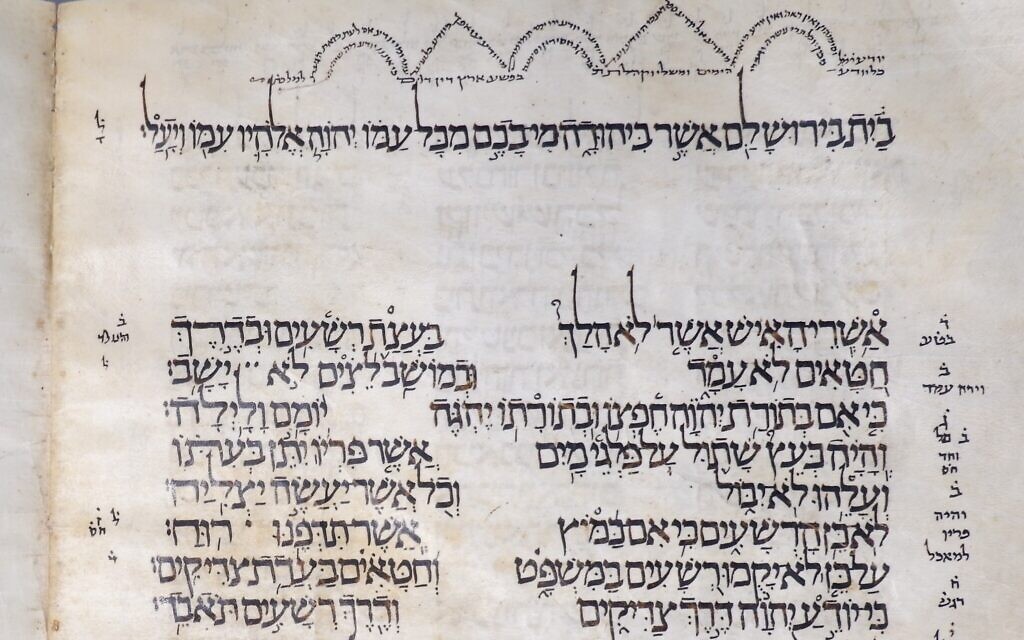 In July 2017, Israeli historian Yoram Meital stumbled upon a handwritten 1028 CE biblical codex that was lying abandoned on a dusty shelf in a Cairo synagogue. Wrapped in simple white paper of the sort one finds on tables in cheap eateries, at 616 pages, the Zechariah Ben ‘Anan Manuscript is one of the era’s most complete and preserved examples of the “Writings,” the third and concluding section of the Hebrew Bible. It had been lost to scholars for almost 40 years.

Discovered by Meital in the Karaite Moussa Der’i Synagogue, the Zechariah Ben ‘Anan Manuscript (ZBAM) was previously documented in various publications by modern biblical scholars, from a 1905 Jewish Quarterly Review article by leading expert Richard Gottheil through to microfilms of the manuscript done by a team of Israelis from the Institute of Microfilmed Hebrew Manuscripts in June 1981.