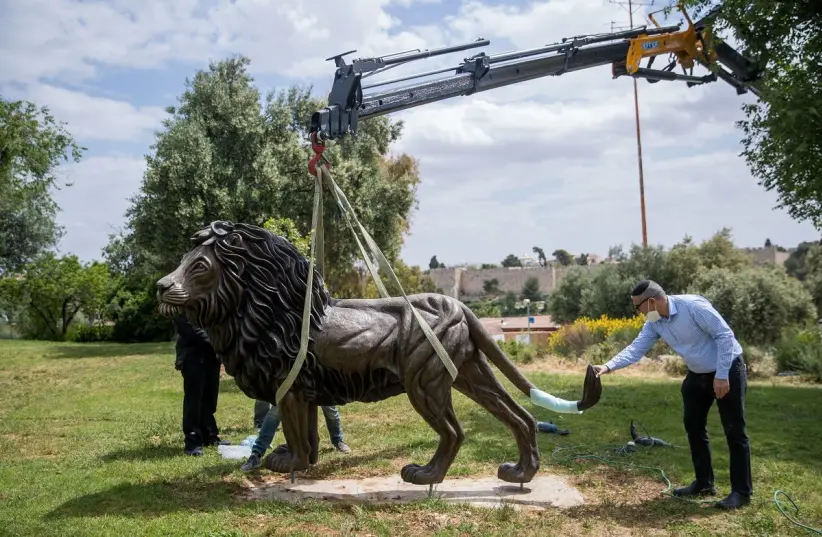 Located in the heart of Jerusalem and with a unique view of the Old City walls, Bloomfield Garden is one of the largest green areas in the city, offering vast lawns, secluded paths and play areas, as well as several monuments and art installations, including the Fountain of the Lions donated by German Chancellor Helmut Kohl in 1989. On Tuesday, another piece of artwork found its home on its laws: the bronze statue “The Lion of Judah” by American artist Max Greiner.

The statue was donated to Israel by a group of evangelical leaders, but it took some years to find an appropriate location. The stalemate was resolved after Jerusalem deputy mayor Fleur Hassan-Nahoum ran into former US congresswoman Michele Bachmann at an event about a year ago, as Hassan-Nahoum told The Jerusalem Post during the installation of the monument.

“She asked me to help resolve the problem, and as the head of the Public Art Committee of the city I looked into it,” she said. “It was not simple, we had to have the statue approved and then we had to find a location.”