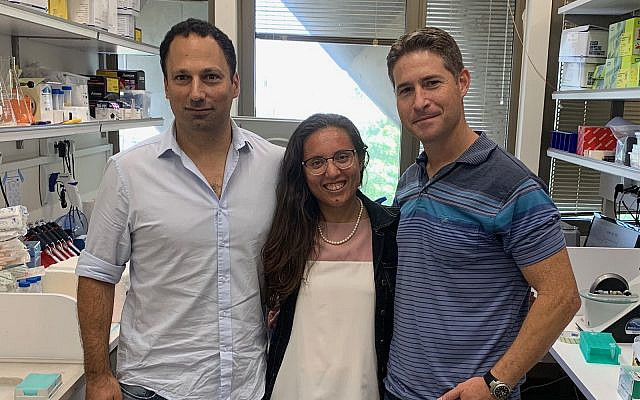 Israeli researchers have found that a treatment used for the blood cancer leukemia could be an effective way to treat other cancers.

While chemotherapy, which targets cells that grow or divide quickly, is the most commonly used cancer treatment, it does collateral damage to non-cancerous dividing cells.

Immunotherapy, on the other hand, is a kind of cancer treatment that helps the body’s own immune system fight off the cancer itself.

“Immunotherapy, on the other hand, is a type of biological therapy that uses the body’s own immune system to seek out and destroy cancer cells. Engineered T cells have been proven very successful in treating blood cancer but attempts to use them to fight solid cancers have been disappointing. Our engineered cells have now shown efficacy in attacking solid tumors as well,” Carmi said in a statement.

T cells are a type of white blood cell that are active and central in the body’s immune response. T cells play a part in the body’s adaptive immunity to harmful invading pathogens.

CAR T cell therapy uses altered T cells to fight cancers. The cells are taken from the patient and CAR structures are added to their surface. The receptors allow the T cells to target antigens on the tumor cells and kill them.

The Tel Aviv lab discovered a type of T cell called CD4+ with a specific receptor, which they found could be modified to engineer new T cells that are more effective at targeting tumor cells.

The process leads to side effects, which can include severe inflammation produced by an overactive immune system, but the drawbacks are less severe than those associated with chemotherapy. The T cell therapy is also longer-lasting than chemotherapy, which only works while the drug is in the patient’s body.

“Our engineered cells have the potential to overcome barriers usually faced by CAR T cell therapy and have shown efficacy in solid tumors. This finding has the capability to change the way cancer is treated, demonstrating that the immune system can be utilized to identify and fight all types of cancer,” Carmi said.

“Our lab discovered a distinct subset of helper T cells, also known as CD4+ T cells, that express the high-affinity receptor for IgG [an antibody] and efficiently kill tumor cells coated with these antibodies,” Carmi said. “This method uses CAR T cell therapy and combines it with antibody specificity. Based on this discovery we were able to engineer novel T cells with enhanced tumor-killing activity and higher specificity, compared with other T cell-based therapies for cancer.

The researchers have so far tested their altered T cells on mice and plan to start a phase I clinical trial in the next three years.