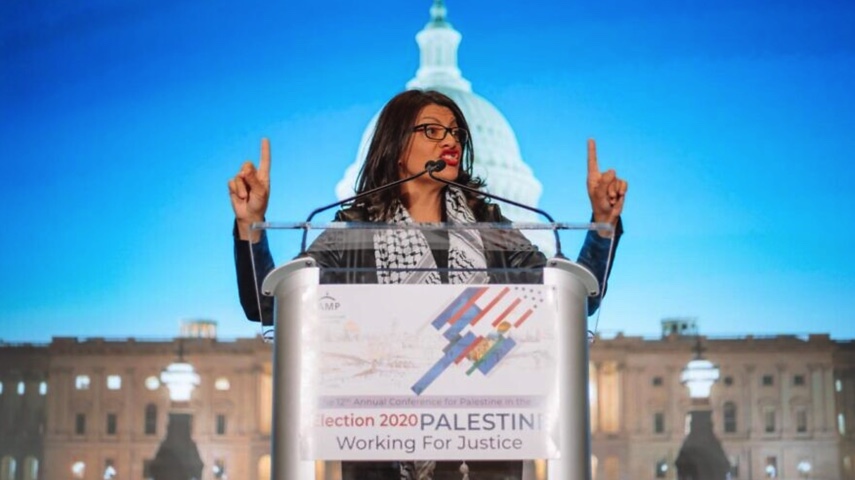 Resolutions proposed in the U.S. House of Representatives mean nothing. They give members an opportunity to pay lip service to various causes favored by their constituents but don’t commit the government to action. They are almost always not worth noticing. But every once in a while, a resolution is put forward that demands attention. This week that is exactly what happened when Rep. Rashida Tlaib (D-Mich.) proposed House Resolution 1123, “Recognizing the Nakba and Palestinian Refugee Rights.”

The word nakba means “disaster” or “catastrophe,” and that is how Palestinian Arabs and their supporters refer to the events of 1948 and the birth of the State of Israel. The text is a thumbnail guide to Palestinian propaganda about their suffering and the events that led to approximately 750,000 Arabs to flee their homes during Israel’s War of Independence. What happened to them is a tragedy deserving of sympathy, but the story told in the resolution provides not even half of the truth about the conflict or why nearly 10 times the number of Arabs who fled the war now claim to be Palestinian refugees.

… Any sympathy for the nakba narrative is not merely built on ignoring the truth about the Palestinians and their wars. It’s also inherently anti-Semitic since it is built on a foundation of denial of Jewish rights and the Jewish victims that were created by the Arabs’ anti-Zionist hate.