Lebanon Forms New Government With Backing of Hezbollah and Allies 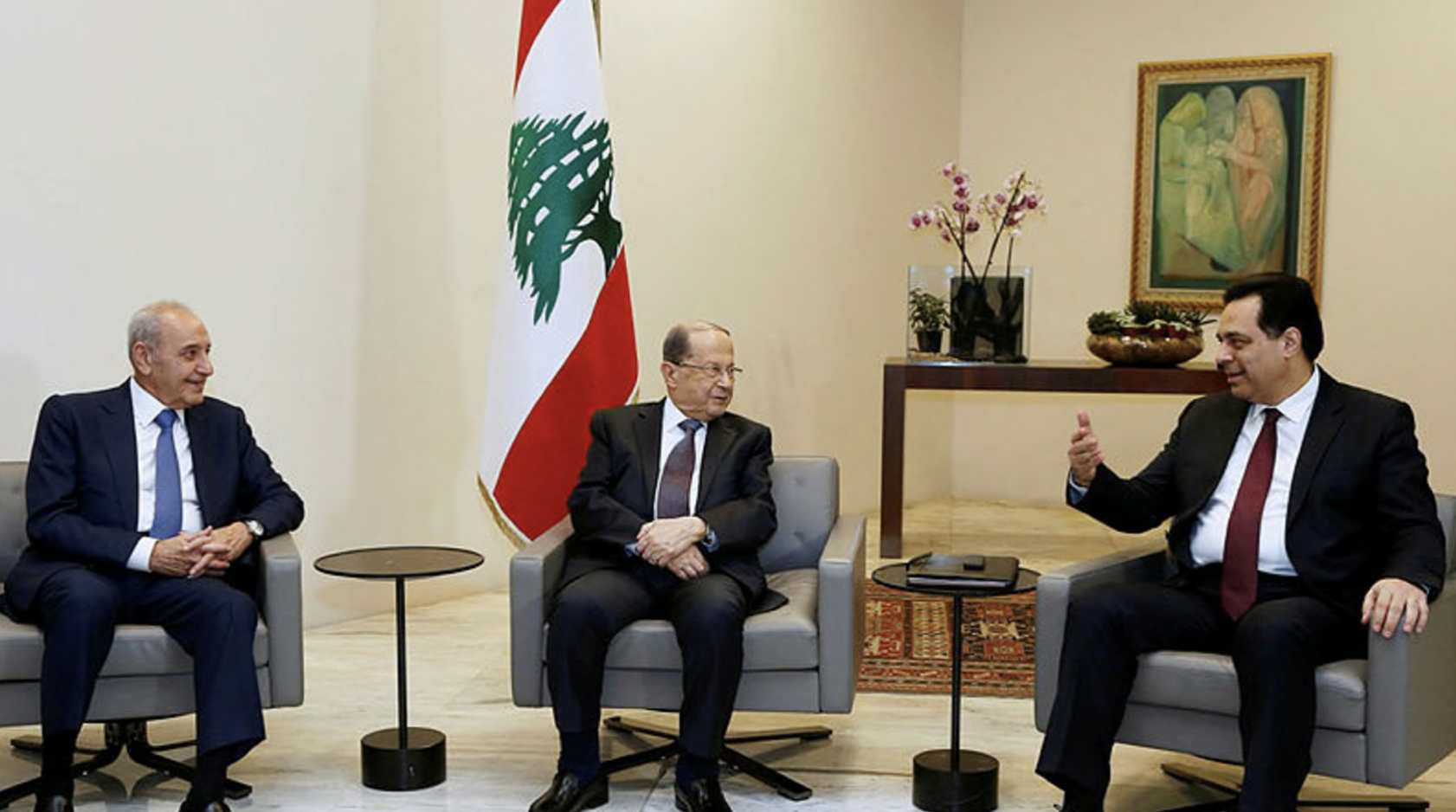 Lebanon formed a new government on Tuesday under Prime Minister Hassan Diab after the Shi’ite group Hezbollah and its allies agreed on a cabinet that must urgently address the economic crisis and ensuing protests that toppled its predecessor.

The heavily indebted country has been without effective government since Saad al-Hariri resigned as premier in October, prompted by protests against a political elite seen as having caused the crisis through state corruption.

The Iranian-backed Hezbollah and allies including President Michel Aoun nominated Diab as premier last month after efforts failed to strike a deal with Hariri, Lebanon’s main Sunni leader and an ally of the West and Gulf Arab states.

Weeks of wrangling over portfolios among Hezbollah’s allies held up an agreement until Tuesday, when the heavily armed group delivered an ultimatum to its allies to make a deal or suffer the consequences, sources familiar with the talks said.

Diab described his government as a technocratic “rescue team” that would work to achieve the goals of protesters who first took to the streets on October 17. His first trip abroad would be to the Arab region, particularly the Gulf.

But analysts said Hezbollah’s role in the government’s formation meant it might have difficulty convincing other states to provide urgently needed financial support.

Hezbollah is designated a terrorist group by the United States, and Sunni-led Saudi Arabia and the Gulf Arab states that have provided Lebanon with financial aid in the past have for years been deeply concerned by its rising influence in Beirut.

‘Not easy for this governmnet’
“It will certainly not be easy for a government of this type to convince the outside world to help Lebanon,” said Nabil Boumonsef, deputy editor-in-chief of the An-Nahar newspaper.

The absence of a government had left Lebanon rudderless as ordinary people suffered in the crisis.

A liquidity crunch has led banks to restrict access to cash and the Lebanese pound to slump. Job have been lost and inflation has soared. Over the last week, hundreds have been injured in clashes between he security forces and demonstrators.

Hariri and his Future Movement have stayed out of the government, along with the staunchly anti-Hezbollah Christian Lebanese Forces party and the Progressive Socialist Party of Druze leader Walid Jumblatt.

Mohanad Hage Ali, a fellow at the Carnegie Middle East Center, said the new government of “one colour” could further polarise Lebanese politics. Hariri’s absence meant that old Sunni-Shi’ite tensions might be reactivated.

In some parts of Beirut, protesters greeted the new government by burning tyres.

One of the government’s first tasks will be to decide its approach to looming sovereign bond repayments, including a $1.2 billion Eurobond maturing in March.

Lebanon’s union of exchange dealers said on Tuesday it had decided to set the exchange rate at a maximum of 2,000 pounds to the U.S. dollar in agreement with the central bank governor.