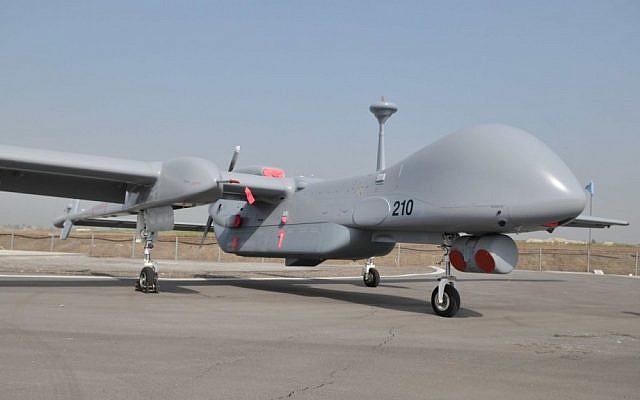 An Israeli aircraft on Monday struck and destroyed a spying device in Lebanese territory, a local media outlet with ties to the Hezbollah terror group reported.

According to the report in al-Mayadeen the Israeli device was bombed between Nmairiyeh and Zefta in the south of the country. It said security forces were working to locate the remains of the device.

Earlier in the day the Israeli military clashed with some 15 Lebanese nationals along the northern border, firing tear gas and stun grenades at them, after two men scaled the border fence and attempted to damage it, the army said.

According to Lebanese media, a riot broke out after Israel installed security cameras along the Blue Line, the internationally recognized dividing line between Israel and Lebanon, near the town of Kafr Kila.

The military said the demonstration dispersed shortly after the soldiers fired the riot-control munitions at them. There were no Lebanese injuries reported.

Israel has fought two wars in Lebanon, one in 1982 against Palestinian terrorist groups, and another in 2006 against the Iran-backed Hezbollah terrorist militia, as well as a number of smaller operations.

Though seen as volatile, the border has not seen significant fighting since the end of the 2006 war.