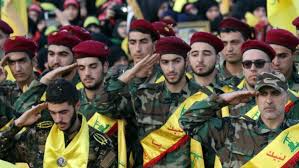 A Lebanese national charged with conspiring to export drone parts and technology from the U.S. to Iranian-backed Hezbollah militia in Lebanon has pleaded guilty to one count of conspiracy to violate U.S. export laws.

Prosecutors said the brothers acquired sophisticated technology for drones from 2009 to 2013 and illegally exported them to Hezbollah, which the U.S. considers a terrorist organization.

Issam Hamade faces up to five years in prison when sentenced next month, but prosecutors plan to ask for 30 months, according to a plea agreement. Hamade’s defense attorneys plan to ask for time served. He’s expected to be deported after he serves his time.