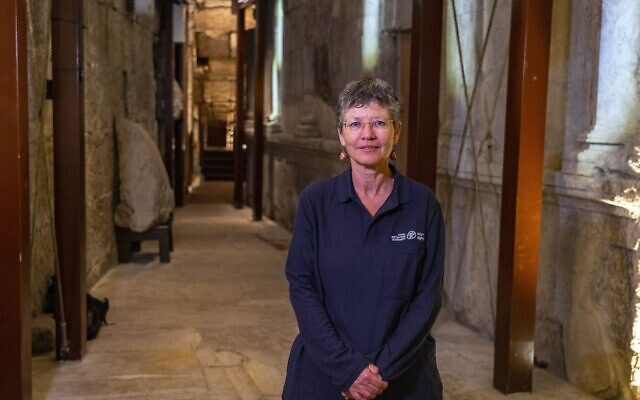 A grandiose building dating back to the Second Temple period has been unearthed adjacent to the Western Wall in Jerusalem, the Israel Antiquities Authority and the Western Wall Heritage Foundation announced on Thursday.

The structure contained two imposing rooms which might have been used to welcome important dignitaries visiting the city and the Temple. The two rooms were decorated with elaborated Corinthian capitols protruding from the walls and were connected by a sumptuous fountain.
“This is, without doubt, one of the most magnificent public buildings from the Second Temple period that has ever been uncovered outside the Temple Mount walls in Jerusalem,” said Dr. Shlomit Weksler-Bdolach, excavation director on behalf of the IAA.
The researcher said that the structure was probably built around 20 or 30 CE, only a few decades before the Temple was destroyed by the Romans.
Read More: Jerusalem Post