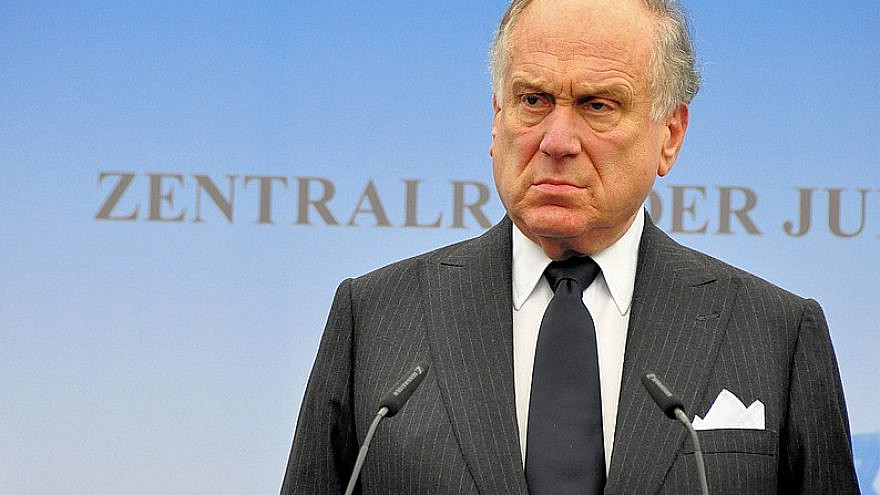 “This is a crisis for all New Yorkers,” Lauder told The New York Post. “And Mayor de Blasio needs to understand press releases won’t fix the problem. We need actions, not words. Whatever is being done now clearly isn’t enough.”

“As the elected leader of the city with the largest Jewish population in the U.S., Mayor de Blasio has a special obligation to take the lead on combating anti-Semitic violence,” he said. “As Jews here feel more and more vulnerable, how many can believe this mayor considers their safety his priority? There are Holocaust survivors living here who are afraid to walk the streets for fear of being attacked just for being Jews. That is outrageous.”

The New York City Police Department has recorded 170 hate crimes against Jews in 2019 through the first week of October, versus 111 in the same period last year.

On Friday night in the Borough Park section of Brooklyn, occupants of a car threw eggs at two Jewish men walking in the area. The NYPD Hate Crimes Task Force is investigating the incident.

A day later, in the Crown Heights neighborhood of Brooklyn, a Jewish man was slapped in the face and called a “dirty Jew” by a man riding a bicycle. The victim immediately reported the incident at a local police precinct, and police said they are investigating the attack as a hate crime.

A spokeswoman for Mayor de Blasio said, “There is no place for hate in New York City,” adding that City Hall works with the Jewish community and NYPD to keep all New Yorkers safe.