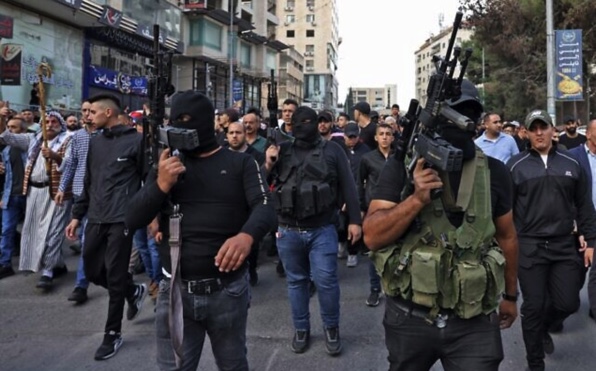 Lapid on Nablus raid: ‘Anyone who hurts Israelis should know it will end badly’

Prime Minister Yair Lapid said Tuesday that anyone who hurts Israeli citizens “should know it will end badly,” after troops carried out a raid in the West Bank city of Nablus, sparking clashes that left five dead including a top leader of the Lion’s Den terror group.

“The terrorist Wadee al-Houh was killed in the exchange of fire,” Lapid told the Kan public broadcaster.

“Israel will never be deterred from acting for its security. Part of this squad are people who hurt Ido Baruch, and the moment they hurt us, IDF soldiers and Israeli civilians, they should know it will end badly,” he added, referring to a soldier killed in a shooting attack near Nablus last month.

In a later statement, Lapid said he had spoken with the commanders involved in the raid to receive further details and to congratulate them.

The premier said it was part of a wider operation against terror that he had been presented with by security chiefs in recent days, and emphasized the need for continued vigilance.