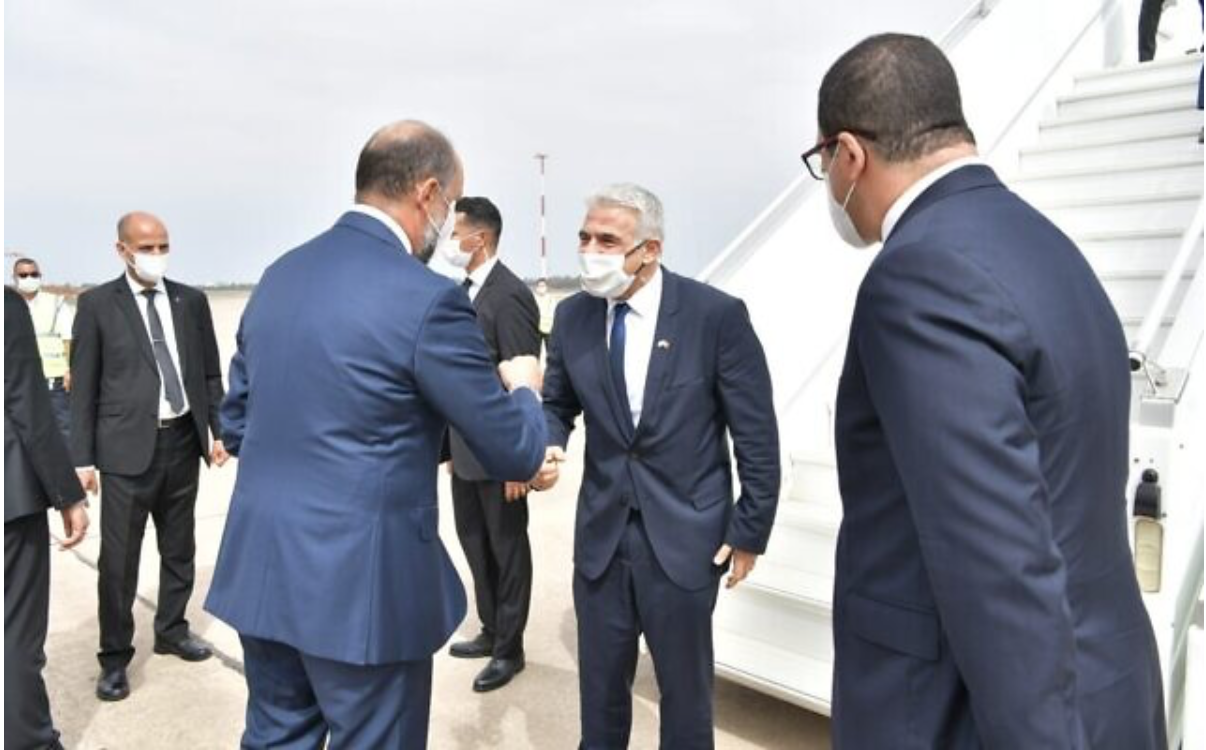 Lapid lands in Morocco for first visit since Abraham Accords

Foreign Minister Yair Lapid landed in Morocco on Wednesday, the first visit of a senior Israeli official since diplomatic relations were reestablished last year.
Lapid met with Minister-Delegate to the Foreign Ministry Mohcine Jazouli after landing in Rabat for the two-day visit.
“I feel honored and privileged to thank the Kings of Morocco Muhammad V and Hassan II, may God preserve their memory, for their friendship and support for Moroccan Jews throughout history and the contribution of the kingdom of Morocco to peace and stability to the region,” Lapid wrote in the Moroccan Foreign Ministry’s guest book. “Our deep gratitude also goes to [current] King Muhammad VI, may God protect him, who continues the legacy of his grandfather and father in deepening the bond between the two peoples and building peace relations between the two countries.”
He is also scheduled to meet Moroccan Foreign Minister Nasser Bourita, and sign several agreements of cooperation between the countries.
Read More: Jerusalem Post