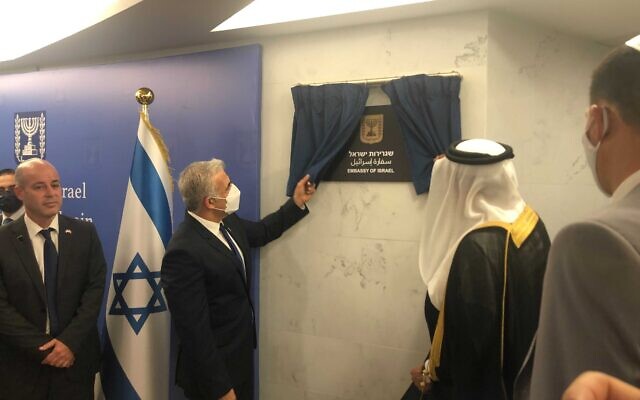 “May our people live in peace and prosperity forever,” Lapid said during the inauguration.

He added in Hebrew: “Israel made a major, historic step today in the Gulf.”

“It is an unmistakable signal to all that we are determined,” he said. “We are not done.”