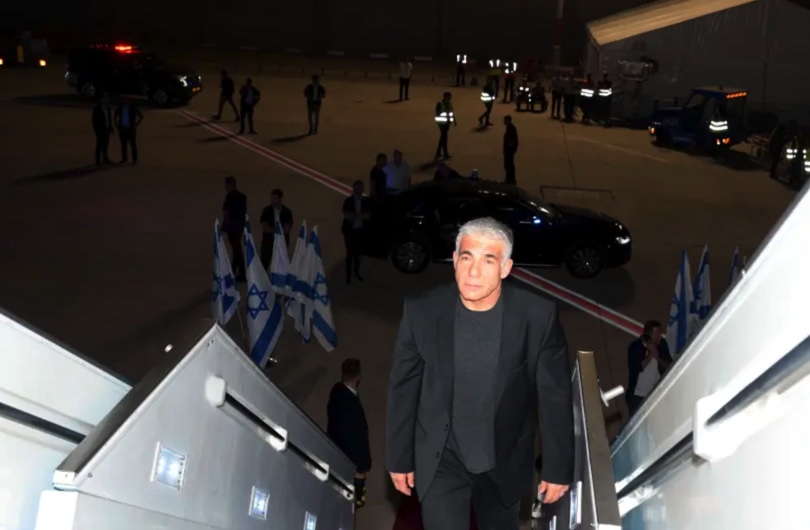 Lapid en route to UN: Israel has right to security, but desires peace

Israel has a right to security but desires peace, Prime Minister Yair Lapid said prior to departing early Tuesday morning for the United Nations, where he plans to meet with Turkish President Recep Tayyip Erdogan and other world leaders.

“I am leaving tonight for a diplomatic visit that will include meetings with heads of state and Jewish leaders,” Lapid said.

He heads out to the high-level opening session of the UN General Assembly, amid increasing tensions with Iran and Lebanon as well as with Palestinians in the West Bank, to a forum in New York where world leaders meet and mingle.

On Thursday, Lapid is scheduled to deliver a speech in the UN General Assembly plenum. It will be his first such address and his most significant diplomatic public moment to date.