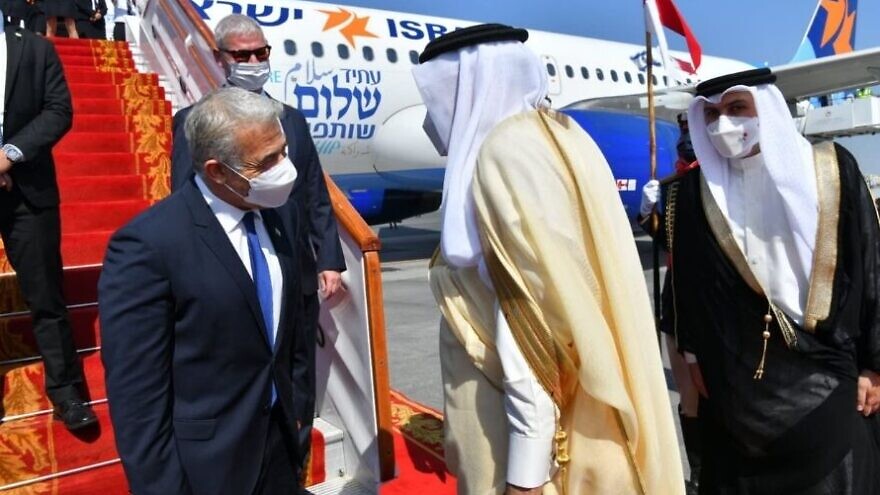 Israeli Foreign Minister Yair Lapid traveled to the Kingdom of Bahrain on Thursday in the the first official visit by an Israeli minister to the country.

Together, the two are scheduled to inaugurate the Israeli embassy in Manama and to sign a list of bilateral agreements, Israel’s Foreign Ministry reported.