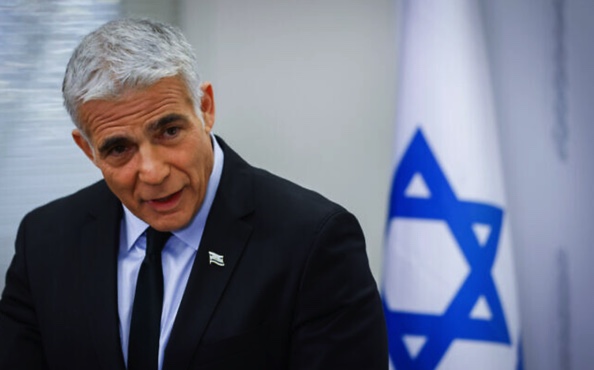 Foreign Minister Yair Lapid warned on Monday that Israel will face intense campaigns to label it an apartheid state in 2022.

“We think that in the coming year, there will be debate that is unprecedented in its venom and in its radioactivity around the words ‘Israel as an apartheid state,’” Lapid said during a Zoom briefing with Israeli journalists.

Lapid pointed at Palestinian campaigns against Israel in the International Criminal Court and the International Court of Justice in The Hague, and the UN Human Rights Council’s establishment of a permanent “Commission of Inquiry” — the most potent tool at the council’s disposal — into Israel’s treatment of Palestinians, including Operation Guardian of the Walls in May 2021.

“The commission of inquiry into Guardian of the Walls is unprecedented because it doesn’t have a time limit, it doesn’t have a limit of scope, and it is well-funded with many people working on it.,” Israel’s top diplomat emphasized.

Lapid pointed out that the COI has a budget of $5.5 million with 18 staffers. By contrast, the COI looking into the Syrian Civil War has an annual budget of about $2.5 million and 12 staffers.

“It shows where it is heading,” he said, stressing that the campaign by the Palestinian Authority and anti-Israel organizations could affect Israel’s ability to participate in international cultural and sporting events, among other challenges.