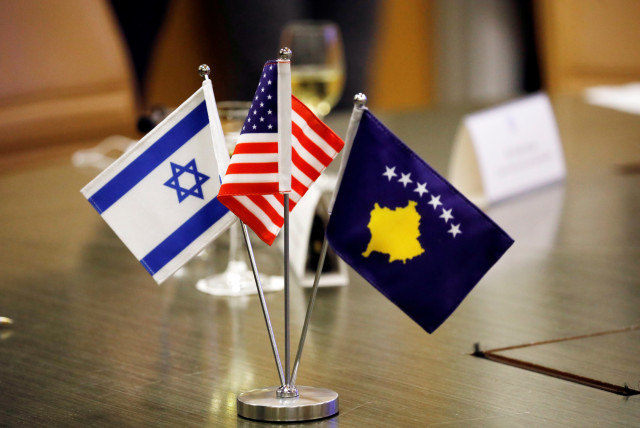 Kosovo’s new foreign minister says she considers the opening of the country’s embassy in Jerusalem to be “a done deal.”

Foreign Minister Donika Gervalla is asked during an interview about the pressure Turkish President Recep Tayyip Erdogan has put on Kosovo’s new government to reconsider the Balkan nation’s recent opening of an embassy in Jerusalem.

“I believe that the issue of our embassy in Israel is a done deal. Why is it a done deal? Because we cannot get involved in diplomatic adventures to reconsider an issue that already has ended,” Gervalla says during the interview with online news site Kallxo.com.

Gervalla says Kosovo wants to strengthen ties with Israel but also wants to have “a good friendship, good ties with Palestinian authorities.”

Kosovo established diplomatic ties with Israel on Feb. 1, and earlier this month became the first European country and the first Muslim-majority one to establish an embassy in the western part of Jerusalem.