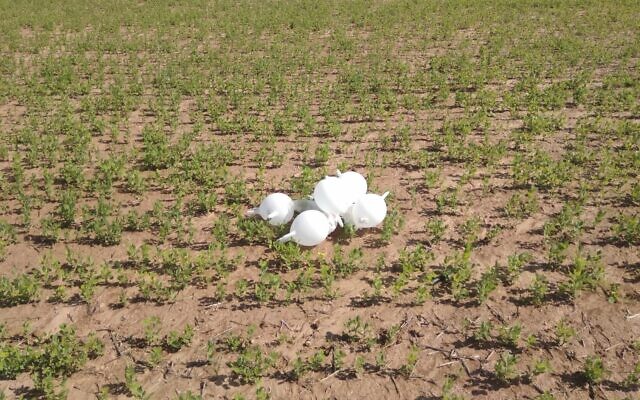 In a video posted to social media, staff at a kindergarten in the south of the country rushed children to safety on Wednesday as they spotted a suspected bomb-carrying balloon from the Gaza Strip floating toward their play area.

The footage, which was reportedly filmed in an unnamed community near the city of Kiryat Gat, shows an airborne object similar to the kind that terrorists have recently been using to carry explosives and incendiary devices across the border from Gaza.

Staff can be heard desperately urging the children, some of whom sound to be in tears, to “quickly run inside” as the balloon loomed overheard.