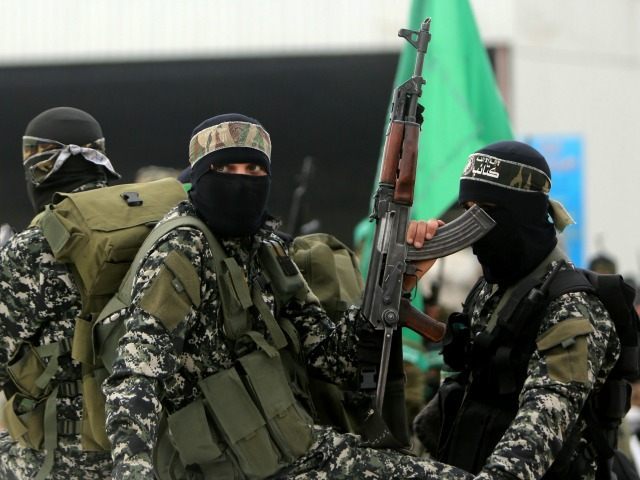 Hamas isn’t merely a terrorist organization committed to murdering Jews, it’s a terrorist organization that urges its own people to become cannon fodder as a means of appealing to Western journalists and intellectuals. The higher the death toll, the happier Hamas will be. And few things have more of a detrimental effect on the Palestinian cause than the media’s asymmetrical coverage of this conflict with the Jews.

Until Palestinians shed their hatred, turn from the Israeli fences, and march towards their own governments, they will remain pawns and saps in a decades-long suicide mission. That’s because no amount of bad press about Israel’s efforts to stop violence coming from Gaza will impel that nation to create a terror state on its borders. It’s untenable, not to mention immoral. We would never contemplate such a thing. Nor would any rational country.

Despite what you’ve heard, the 35,000 Palestinian “demonstrators” massed along the security fence between Israel and Gaza — the ones throwing firebombs and other explosives, burning tires, chucking rocks (if you think these are aren’t deadly, you should see one landing; I have), and those attempting to light fires to burn crops and vegetation — are only ostensibly protesting the United States moving its embassy to Israel’s capital. I know this because Hamas doesn’t accept a U.S. embassy anywhere in Israel, as it doesn’t recognize Israel at all.

Hamas has openly asserted that it’s attempting to create incursions into Israel, and that has absolutely nothing to do with East or West or North or South Jerusalem. For Palestinians this is about the 70th anniversary of Israel — or, as they see it, Nakba. It’s about an ongoing historic effort — an intermittently theocratic or nationalistic effort, depending on the trends — to play victim.

So while it might grate against the sensibilities and preconceived notions of those covering the mess, Hamas is the oppressor in this situation. And while rioters might think they’re fighting a “war,” Israel is merely trying to stop a mob from breaching a fence. To frame this as a battle between occupier and occupied is deeply simplistic. Gaza is unoccupied territory. It is only after a Hamas coup d’etat that dispatched the opposition political party of Fatah led by Mahmoud Abbas, the internationally recognized leader of the Palestinians, that both Israel and Egypt imposed a blockade on Gaza. Like Israel, Egypt was rightly worried about the increase of Iranian influence and terrorism.

Although there is occasionally talk of a unity government with Hamas, Fatah leader Abbas still threatened Gaza with more blockades. Now, if Hamas can’t even adhere to agreements with the supposed moderates of the Palestinian government, what is Israel expected to do?