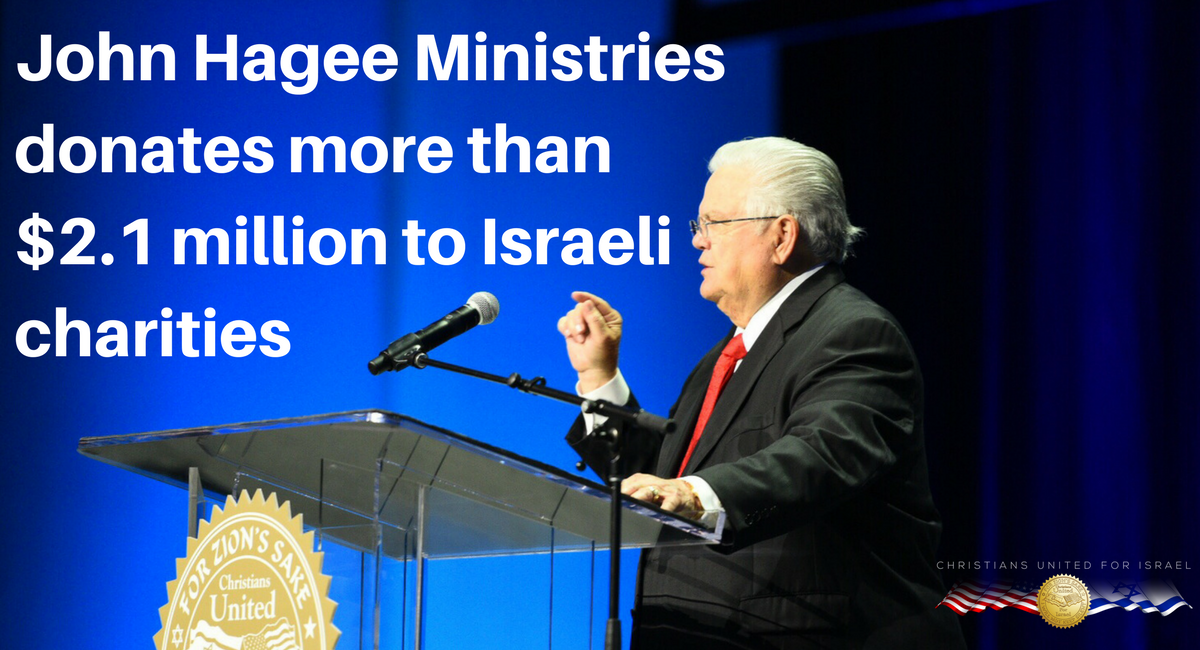 Started in 1981, Pastor John Hagee’s Night to Honor Israel is one of the country’s longest-running Christian Zionist events, and has amassed donations of more than $100 million to Israeli and Jewish charities. At this year’s event, Hagee focused a significant portion of his comments on the Iran nuclear deal.

“Every American…should be applauding the efforts of President Trump to change the Iran nuclear agreement or cancel the agreement,” said Hagee, who is also the founder of Christians United for Israel, which describes itself as “the largest pro-Israel grassroots organization in the United States.”

Hagee’s son, Pastor Matt Hagee, who serves as Cornerstone Church’s executive pastor, said that Christians “have a biblical mandate to stand with Israel.”

“As any parent will tell you, the best way to instill values in the next generation is to lead by example, and we hope that when young men and women see JHM’s efforts to support Israel and its people, they will take note and do likewise when they are able,” Matt Hagee said.