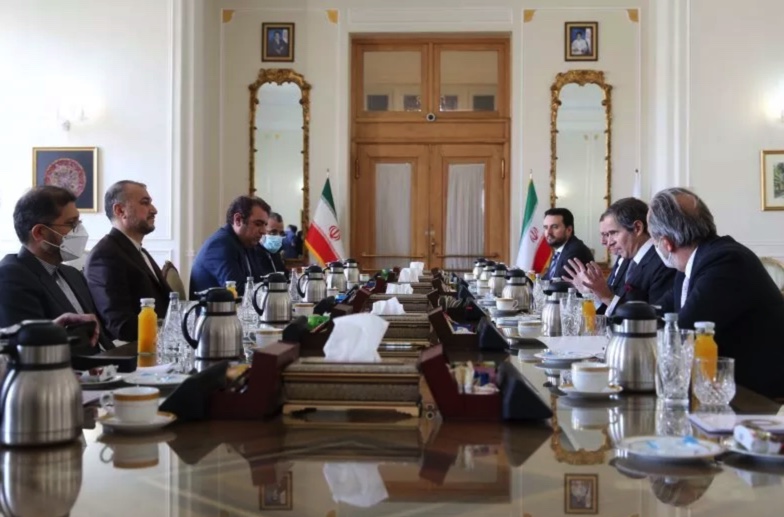 Joe Biden Is Selling Out the United States to Iran | Opinion

In 2015, when then-President Barack Obama was on the verge of signing the Iran nuclear accord, Israel sought to upend Obama’s forthcoming blunder by publicly denouncing the deal. Israel’s then-prime minister, Benjamin Netanyahu, went so far as to use an invitation to address a joint meeting of Congress to all but implore the people’s representatives to stop Obama’s appeasement of the Islamic Republic. Despite a majority of U.S. senators opposing the agreement, the Iran deal was signed—and Tehran was immediately enriched and empowered by billions of dollars and access to global markets. In subsequent years, Iran never fully adhered to the agreement, yet the regime reaped the deal’s rewards nonetheless.

Over a year after taking office, then-President Donald Trump exited the Iran deal and engaged in a campaign of maximum diplomatic and economic pressure aimed at bringing the world’s leading state sponsor of terror to heel. The Trump administration’s actions had a significant impact on Iran’s economy, dramatically decreasing Iran’s leverage in any future negotiations over its illicit nuclear program, support for terrorism around the globe, and myriad human rights abuses. Unfortunately, President Joe Biden squandered the strong position left to him by his predecessor. And despite Biden’s erstwhile promises of a “longer and stronger” agreement, the president is now poised to repeat Obama’s mistakes.