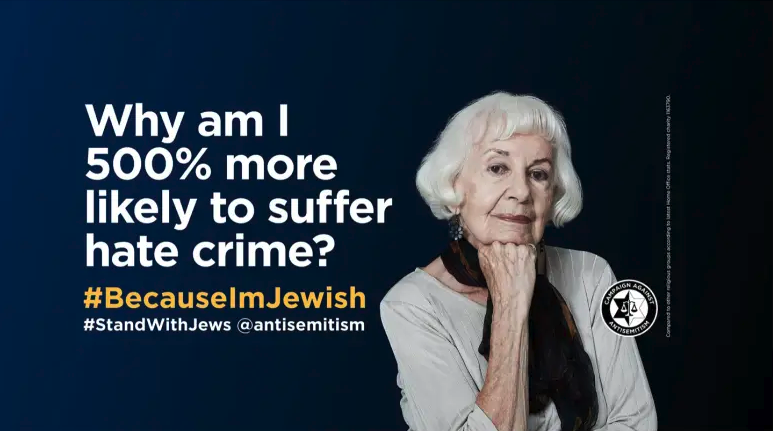 The billboards call on people to stand with the Jewish community by using the #StandWithJews hashtag on social media.

The Campaign Against Antisemitism (CAA) will launch Britain’s first-ever national billboard campaign seeking the public’s support against antisemitism on Tuesday after the most recent Home Office figures showed that Jews are 500% more likely to suffer hate crime than any other faith group per capita.

Running for two weeks, including over Holocaust Memorial Day next week, the striking digital billboards will be seen right across the country, including in prominent locations in London, Birmingham, Manchester, Edinburgh, Glasgow and other major cities.