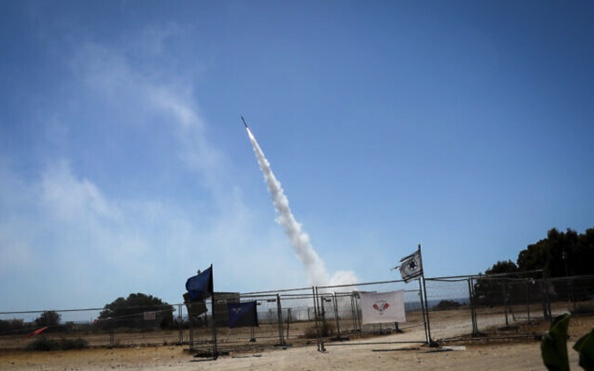 Eight Jewish and pro-Israel groups pen a letter to the US Senate urging it to move forward with supplemental funding to replenish the Iron Dome missile defense system.

“Withholding funding for our closest ally while terrorists continue to threaten their people puts Israel in grave danger, increases the likelihood of innocent Palestinian and Israelis being harmed in another round of conflict and hurts American standing and national security interests,” the groups write in the letter sent to Senate Majority Leader Chuck Schumer and Minority Leader Mitch McConnell.

Despite overwhelming bipartisan support for the measure, Republican Senator Rand Paul has repeatedly blocked the vote from moving forward.

“One person’s objection should not undermine the overwhelming bipartisan will of the Senate nor stand in the way of ensuring Israel has the tools necessary to keep its people safe,” they write.

“While we understand the supplemental Iron Dome funding would likely be included in a final omnibus spending package, the delay and even the prospects of a second continuing resolution undermine Israel’s security when the need to replenish this defensive system is urgent.”