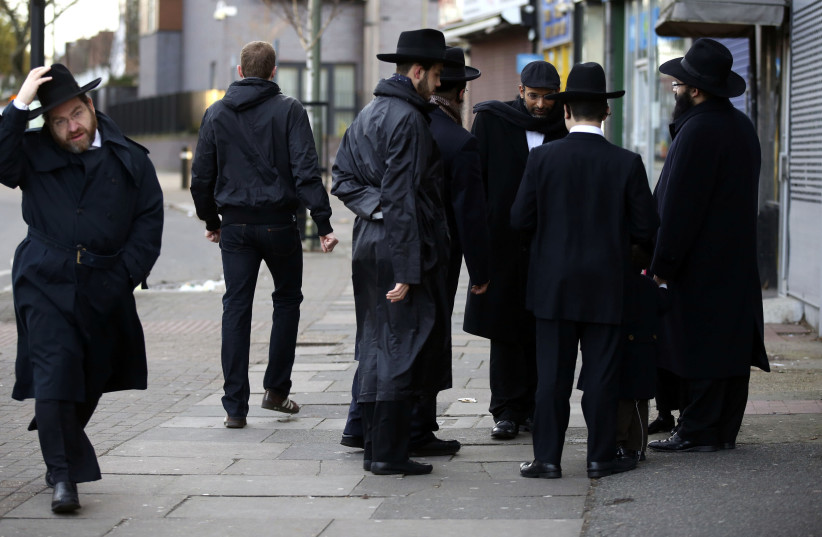 Police in London arrested a man whom witnesses said broke into the car of an Orthodox Jewish man on Friday and began hitting the driver unprovoked.

Passersby detained the suspect until police arrived on the scene in Golders Green, a heavily Jewish part of the British capital, the Jewish News of London reported.

The incident happened outside the Kosher Kingdom store on Golders Green Road before noon. One witness told the newspaper that the car had been targeted because it displayed an Israeli flag. The report did not say whether the driver was injured.

Members of Shomrim, a Jewish community security unit, and CST, British Jewry’s main watchdog and security organization, arrived on the scene and held the suspect until police arrived, the Jewish News reported. The suspect appeared to be in his 20s and was wearing jeans, a blue tracksuit top and black trainers.

The United Kingdom and all of Europe have seen an uptick in antisemitic violence since Israel and Hamas began an 11-day exchange of fire on May 9 that ended Friday with a ceasefire. In the UK, 116 antisemitic incidents have been reported since that day, compared with only 11 cases in the previous two weeks. More than 230 Palestinians and 12 people in Israel were killed in the hostilities.

In one UK incident, a rabbi was beaten this week by two young men who hurled antisemitic slurs at him. He sustained moderate injuries that required hospitalization. Police arrested the suspects, who also allegedly stole the rabbi’s phone.