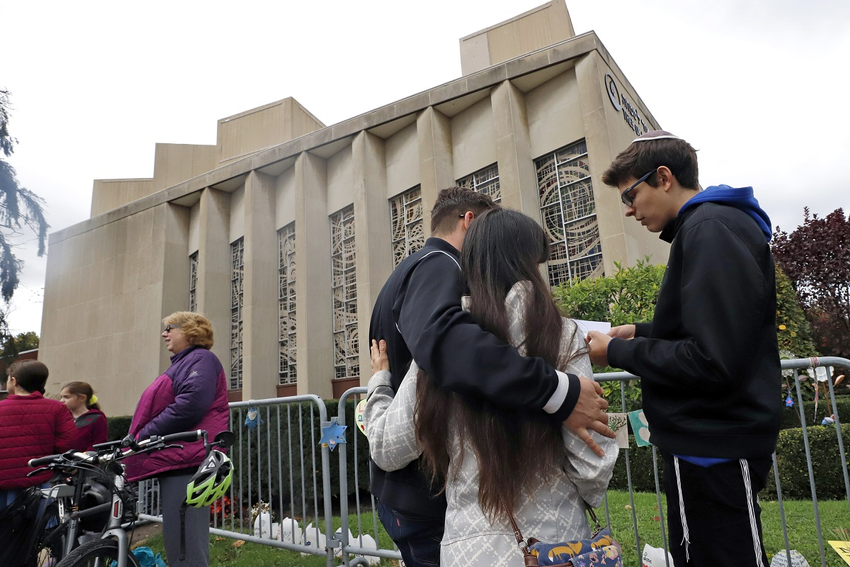 A year after the deadly shooting at Pittsburgh’s Tree of Life synagogue, the Jewish community marked on Sunday the incident by commemorating the 11 lives that were lost.

“We want to return it to a place for worship, for us and others that want to join us there,” Barb Feige, executive director of the Tree of Life, told the Wall Street Journal, adding that it is unclear whether it will be torn down or renovated.

“We know that the road to recovery is going to be a long one, and we’re fortunate to live in a community in which there is so much goodwill and willingness to help each other heal,” Jordan Golin, president and chief executive officer of Jewish Family and Community Services told the Journal.

On October, 27, 2018, 11 people were killed and six were injured after a man entered the Tree of Life synagogue carrying an automatic weapon and began firing at worshipers while shouting anti-Semitic slurs.

Before committing the attack, he took to social media to criticize the facilitation and aid of immigrants, apparently writing that the Jewish charity “likes to bring invaders that kill our people.”

The Tree of Life synagogue has remained closed after experiencing the deadliest anti-Semitic attack in U.S. history, but plans are now in the works for a new building that will include a space for worship, a memorial, classrooms, and an exhibit.