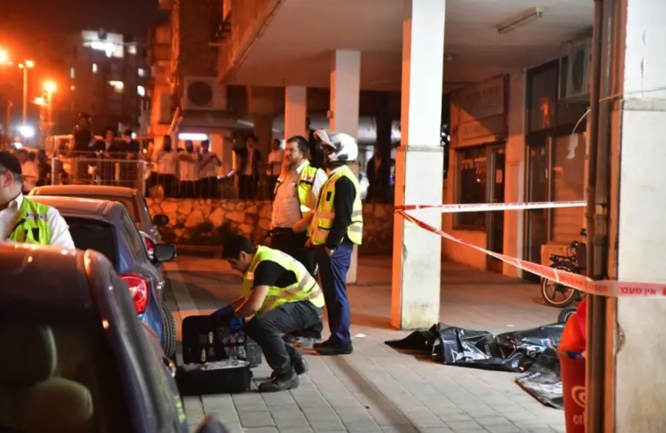 The Jewish Agency for Israel’s Fund for the Victims of Terror has assisted Christina Sorokopot, the widow of Victor Sorokopot, a Ukrainian worker who died in a terror attack in Bnei Brak last month, to attend his funeral in Ukraine.

The morning after the request was made to Yaakov Hagoel, chairman of the World Zionist Organization and acting chairman of the Jewish Agency Executive, Sorokopot was already on a plane to Moldova, en route to the funeral. From there, she will pass through a border crossing and enter Ukraine.

This move was made possible by Israel’s National Insurance Institute (Bituach Leumi), which, with the help of the International Fellowship of Christians and Jews (IFCJ), is flying the coffins of Ukrainian victims in the terrorist attack to their home country for burial.

The families of the Ukrainians who died will receive an aid grant courtesy of the organization’s Fund for the Victims of Terror.

The Jewish Agency fund aids any citizen in Israel wounded in a terror attack. It has already awarded some NIS 60 million to thousands of victims and their families. The money come from donations from Jewish communities around the world, the Jewish Federations of North America (JFNA) and Keren Hayesod.