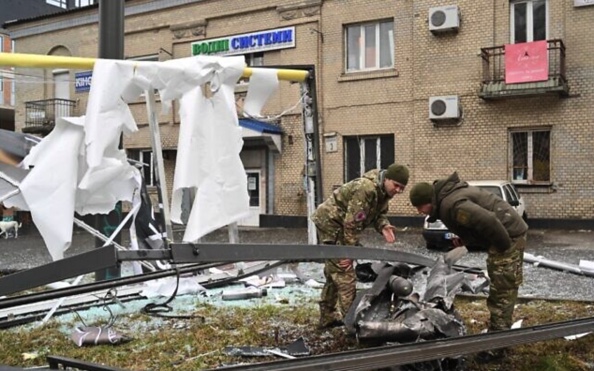 It was Jerusalem’s harshest and most direct condemnation of Moscow since the crisis in Eastern Europe began.

“Israel condemns the attack, and is ready and prepared to provide humanitarian assistance to the citizens of Ukraine,” he said during a briefing at the Foreign Ministry in Jerusalem.

“Israel is a country that has experienced wars, and war is not the way to resolve conflicts.”

Israel did not notify Russia ahead of the condemnation, The Times of Israel has learned. Lapid was offered by ministry officials a statement that mentioned Russia and one that did not, and chose the more direct condemnation.

Israel’s previous statement on the burgeoning conflict on Wednesday had not mentioned Russia by name. Israel had so far been careful in its comments on the conflict, and had avoided criticizing Moscow publicly. This is believed to be at least partly due to its need to work with the Russian military presence in neighboring Syria.